Although the length of human life is limited, recent studies show a promising route to achieve a healthy late life 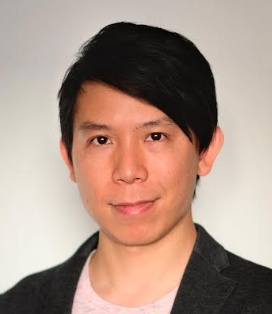 The increasing ageing population represents a remarked worldwide socioeconomic challenge.  Pharmacological interventions of ageing appear to be an effective approach to slow down or even reverse ageing, which extends health span and delays the onset of age-related diseases including cancer, cardiovascular disease and neurodegeneration 1. Recently, several encouraging research results suggest that there are at least two reasonable approaches to might grant us to live longer and healthier.

Considering that new drugs are difficult, expensive and very time consuming to develop, it is sensible to repurpose “old” drugs to treat other diseases than originally targeted. In fact, a considerable portion of anti-ageing drug candidates is known. These drugs target signal pathways that have been shown to be key regulators of ageing. Repurposing these drugs is de-risk because of potentially lower cost and shorter development time.

For example, the FDA-approved mTOR-targeted drug rapamycin and its analogs (rapalogs) is one of the top anti-ageing candidates. It has been shown that rapamycin can improve health and extend lifespan in diverse animal models. It targets specifically to mTOR which considered is dysregulated at old age, resulting in morbidity increase in the elderly. Recent clinical trials studying health in elderly found that a low dose of rapalog enhances immune responses to influenza vaccination compared to control subjects, indicating that rapalog boosts immune system to attenuate immunosenescence and improve health at the old age 2, 3.

Remarkably, a recent study highlights that the anti-age effect of rapamycin treatment is caused by epigenetic changes in intestines in fruit flies and mice 4. It raises a big interesting question whether this will be a new promising anti-ageing route, because the epigenetic changes, one of the hallmarks of ageing 5, can be reprogrammed to recover youthful epigenetic information, which not only slows down but even reverses ageing in mice 6. To decipher the communication code between rapamycin and epigenetic changes and how they can work together to extend healthy longevity is of greatest interest and importance in the ageing research field.

Drug combination (polypill) is another encouraging approach, especially considering the complex ageing process, and most of the already existing drugs only target very specific cellular processes involved in ageing. To combine several drugs, which target different cellular pathways in the ageing cell, could have beneficial effects on longevity and this approach has great potential. This was clearly demonstrated in a study showing that giving fruit flies doses of rapamycin, lithium and trametinib in combination has additive outcome on lifespan extension. While each drug individually extends the lifespan of flies by an average of 11 percent, combining all three drugs extended lifespan by about 30 percent 7. Another study on microscopic worm (C. elegans) shows that an anti-ageing drug cocktail not only increases healthy lifespan but also delays the rate of ageing in the worms 8. These proof-of-principle studies suggest that drug combination is potentially important in combating ageing, although further tests in other animal models have to be evaluated before they can be considered in clinical trials.

In short, there is a long way to go before we will be able to imply these effective treatments to slow down ageing in humans, and the possible side effects of drug treatments have to be carefully considered, but the research results look very promising for future treatment of ageing-related health problems.