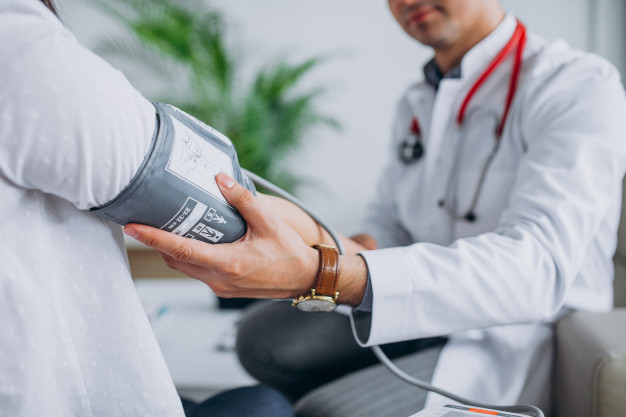 Over the past year, global healthcare systems have largely focused on fighting COVID-19 – in a sweeping and pressing effort to protect public wellbeing. As countries begin to map out their path to recovery in a post-pandemic environment, the world is now at a critical juncture where they can revamp healthcare systems to better tackle both chronic and infectious diseases with equal focus.

Non-communicable diseases (NCDs) are the leading cause of mortality globally with related deaths reaching 44 million by the end of 2020. Obesity, in particular, is the harbinger of several conditions and a key focus for many governments and global bodies as they attempt to ease the burden on struggling health systems.

In recent years, public health measures have emphasized the importance of encouraging lifestyle changes to tackle the prevalence of NCDs, including increasing accessibility to healthy food options. While there are signs that well-implemented preventative strategies centred on lifestyle choices are changing the trajectory for future generations, patients who have already been diagnosed with NCDs require more proactive measures that improve disease management and, ultimately, quality of life.

With the global pandemic casting a spotlight on these vulnerabilities, the value of surgical intervention is becoming reinforced as a viable and more immediate treatment option when coupled with a holistic medical and lifestyle management strategies.

An integrated approach to managing NCDs

Among the various NCDs that affect populations, the impact of type 2 diabetes is felt most acutely in Asia. The region is home to four of the top 10 countries with the most cases of type 2 diabetes, namely, China, India, Indonesia, and Japan.

Characterised by increased insulin resistance and eventual deterioration of insulin production over time, people across a wide spectrum of demographics are susceptible to type 2 diabetes, with varying risk levels and care required. Traditional treatment of the condition often consists of diet modification, exercise and pharmacotherapy to maintain glycaemic control.

However, for obese diabetics, bariatric procedures have enabled patients to achieve long-term remission. As a result, a growing number of patients have turned to metabolic surgery to manage their conditions through sustained weight loss.

In a systematic review to identify the long-term effects of bariatric surgery on patients’ type 2 diabetes status, researchers found that close to 67 per cent achieved disease remission. Similarly, a 10-year study in which patients with type 2 diabetes were randomly assigned to medical therapy and metabolic surgery procedures revealed that those who received the latter achieved higher disease remission rates across the research period. Additionally, participants in the gastric bypass and biliopancreatic diversion groups had fewer diabetes-related complications that those who received drug therapy.

While short-term weight loss is attainable through lifestyle modifications, maintaining reduced body weight enough to achieve disease remission has proven to be exceedingly difficult. This is in part due to the body’s active regulation of its weight, which is known as the “set point.” If body weight drops below the “set point,” changes are triggered to one’s metabolic rate and appetite to bring it back to the desired range. Bariatric surgery, on the other hand, ensures an early change in the body’s metabolism such that it can accept a lower weight and thus resets its “set point”.

In low- and middle-income countries of Asia, the likelihood of premature deaths (between the ages of 30 and 70) caused by cardiovascular and chronic respiratory diseases, diabetes and cancer, was found to be 22 per cent – a significant jump from the nine per cent observed in high-income countries. Such detrimental effects on individuals at their peak economic productivity not only poses a threat to the region’s development, but also significantly compromises one’s quality of life at an early age.

In this regard, surgical methods in early stages of the disease can be extremely useful in improving patients’ overall quality of life as compared to non-surgical interventions. Studies have attributed this to improvements of metabolic functioning within the first-year post-surgery. In addition, early treatment also helps delay complications associated with type 2 diabetes, therefore mitigating the cost burden placed on individuals, healthcare systems, and the broader society.

While research about the mechanisms by which bariatric procedures improve type 2 diabetes is ongoing, positive results in health and quality of life are widely reported. Consequently, metabolic surgery is now among the recommended treatment options for type 2 diabetes in appropriate candidates, based on guidelines provided by the American Diabetes Association.

Turning the tide on chronic diseases

Despite progress that has been made in the West, bariatric surgery is still in its infancy in Asia. While the number of procedures has increased since it was first conducted in Taiwan in 1974, the frequency varies significantly between countries mainly due to a lack of understanding of its benefits and pre-existing biases.

While it may be sometime before the region’s health systems consider bariatric surgery as mainstream treatment option for treating chronic conditions such as obesity and diabetes, there is strong potential to leverage such interventions to enable weight loss – an important risk factor associated with various conditions like, high blood pressure, high lipid levels, sleep apnea, joint pains, infertility, poor quality of life and low self-esteem – in appropriate candidates. In the long run, the growing body of evidence supporting the many applications of the procedure, together with commitments from health systems and professional organizations, will help to turn the tide on the growing health epidemic.

Dr Asim Shabbir is the director of the National University Hospital’s (NUH) Centre for Obesity Management and Surgery. He also serves as deputy head of NUH’s Department of Surgery and as a senior consultant to the Division of General Surgery (Upper Gastrointestinal Surgery) and Division of Surgical Oncology. He is part of Ethicon’s professional network of regional medical experts and has been involved in training surgeons in bariatric surgery nationally and internationally.