21st Interphex Week Japan: Making the event as one of the largest pharma industry events in Asia

In an Interview with Reed Exhibition officials show director Masaki Soda and International Sales manager Kosaku Munetomo with BioSpectrum . Highlights of an event at a glance. 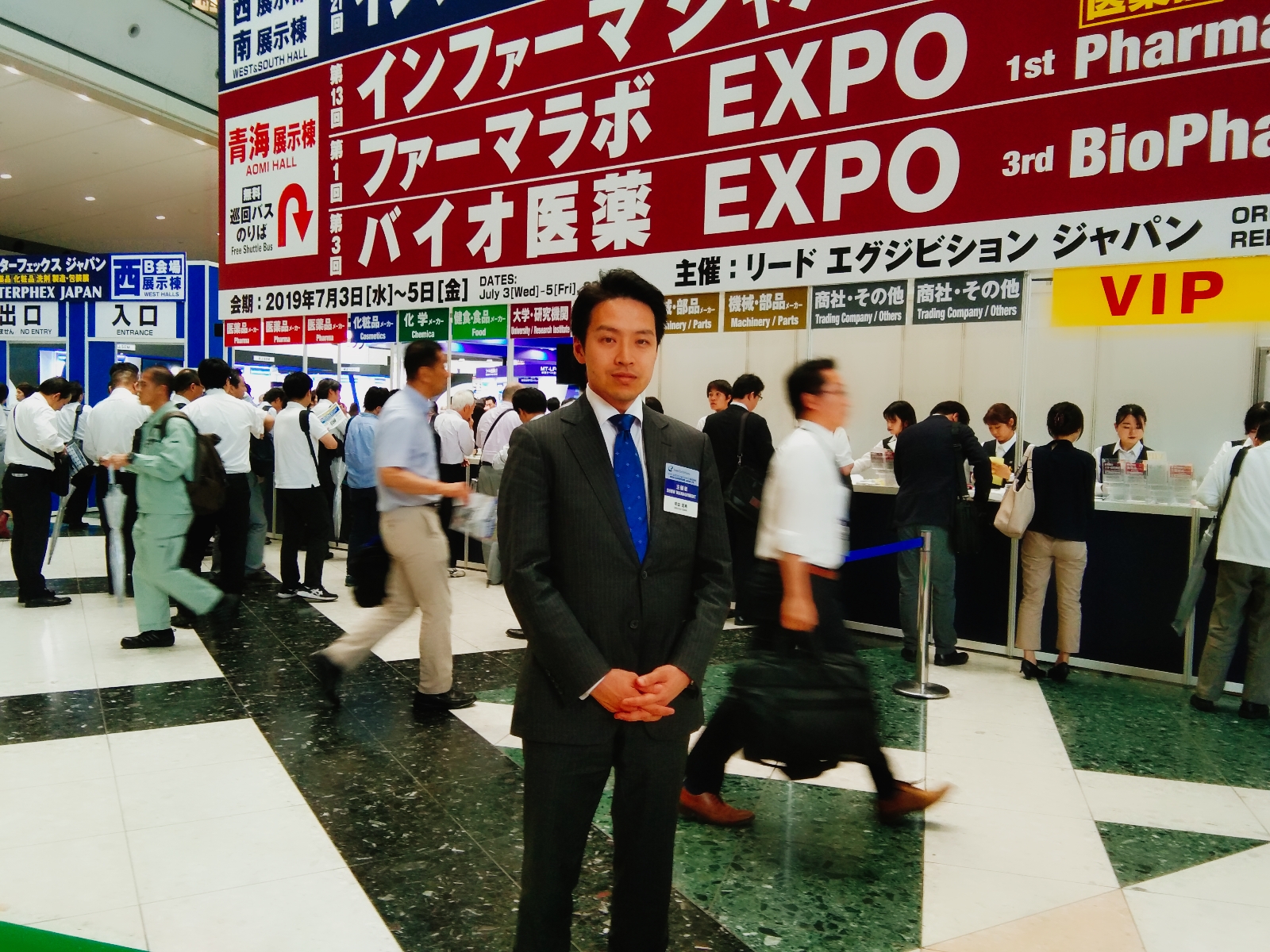 In Speaking with an official show director of Reed Exhibition , An official summarised an event as below :

Close to 45,000 appx  individuals and 1280 Appx Exhibitors  participated in the 21st Interphex Japan including ( PHARMA JAPAN , BioPharma Expo , PharmaLab JAPAN and an inaugral edition of Regenerative Medicine Expo which were concurrently held from July 03-05, 2019, at Tokyo Big Sight, Japan

21st Interphex Week Japan with all concurrent shows concluded with much success and grandeur. The event was focused on covering the whole process of pharmaceutical R&D and manufacturing and featured technical conferences and exhibitions associated with all kinds of life science equipments, lab devices, contract services, packaging and other industry solutions.

21st Interphex Week Japan and all of its concurrent show  have established themselves as one of the most significant business platform where the whole Japanese pharmaceutical industry gets together and this was evident from the number of participants who took part in the joint event.

The keynote address, which was delivered during the inauguration of the event, emphasized on how life science firms in Japan are venturing in the quest to expand to emerging markets of China, India, Brazil and Russia (BRIC) among other nations despite stifled innovation in the 'land of the rising sun'. However, the environment in the technical sessions and at the exhibition was that of "lets innovate help Japanese life sciences get out of its stifled phase."

While Speaking about Innovations  with  Show director Reed Exhibition , said that providing access to innovation was equally important. He said, "What is the use of producing the best vaccine, if people don't have access to it." While speaking to BioSpectrum Asia, He also added, "The life science industry behaves differently depending on which region of the world you are located in. The definition of innovation keeps changing from one country to another." He also said that innovation is only as good as the customers, who are willing to pay for it.He said, "If healthcare costs far outrun the rate at which the economy of a country is growing, it would lead to a crash in the system." He also mentioned that hindrances such as the application of additional three percent consumption tax on drugs from April 2019, influx of generics, premium on Japan's new drug pricing policy and substantial deductions in operating profits will only make the prevalent scenario worse for the pharma industry in Japan.

The problems ahead
Although the high levels of energy, enthusiasm and display of technology at the mega event portrayed that the Japanese are very serious about fueling innovation in their life science industry, the fact that it is facing several hindrances from the point of view of policy and will face many such challenges in the near future is certainly a cause of concern.

Keeping a cause of concern in future , Reed Exhibition promised to have some thing much bigger and interesting in future event to deliver a purpose to business of bioscience and healthcare .