Is China bioscience really slowing down? 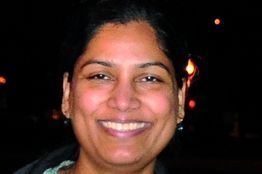 Is China bioscience slowing down? From the numbers that have been put together by the BioSpectrum Asia Pacific Bioscience Industry Survey 2013, it does look so. However, a little deeper look clearly shows that China is not slowing down but just stabilizing and assimilating its awesome growth of last decade, and preparing for the next phase.

Recently, the government in China announced its decision to up healthcare spending to seven percent of its GDP from an earlier 5.5 percent. This spend will total over $1 trillion by 2020. Furthemore, it is said, that the country has already spent over $100 billion in an effort to extend public health insurance cover to 95 percent of its population.

Additionally, in 2013, according to China government estimates, about $40 billion is slated to be spent as healthcare expenditure. With the kind of latent demand that this market has, China is not expected to lose its sheen anytime soon, for at least another decade. The policy level initiatives are meant to give it a push.

This push is bringing results. This is evident from the fact that in the last six-to-seven months a number of MNCs have actually expanded into China, either by establishing a direct presence, collaborating with Chinese companies or by entering into licensing or sales and distribution deals. The market is abuzz and buoyant with such tidings.

US-based ConjuChem, which is engaged in discovery of novel therapeutics, formed a joint venture (JV) with China's Changshan Pharma, valued at $3 million. Similarly, US-based Promega opened its new facility in Shanghai for its China operations that provides additional R&D and cGMP manufacturing capabilities for molecular diagnostics products for the Chinese market.

Another indicator of the good tidings is the fact that suppliers to the industry are expanding in China. For example, Thermo Fisher Scientific opened its new manufacturing facility in Suzhou, for sciences consumables and equipment, in the last quarter of 2012. The company is strengthening its local production capabilities to meet increased customer demand in China and other Asia Pacific markets. It has invested $20 million in its Suzhou plant that will employ about 150 people. Another technology supplier company, PerkinElmer acquired Shanghai Haoyuan Biotech, a China-based infectious disease diagnostics company for $38 million to expand its capabilities into nucleic acid blood screening and the growing molecular clinical diagnostics market in China.

These companies are getting inspired not just by the potential of current and latent demand in China for their products and services but also by the concrete measures that the China government is showcasing in moving on its 12th five-year-plan (2011-15) to develop strategic industries that includes pharmaceutical and healthcare among others. Much has been written about India and China bioscience in BioSpectrum and elsewhere.

However, as the just concluded BioSpectrum Asia Pacific Bioscience Industry Survey 2013 showcases, the smaller markets of the region, like Taiwan, Malaysia and Singapore are also shining. Featured in this issue, these markets have found their niche and are leveraging their competencies to emerge as global hub in their respective niche and have grown in respectable double digits during 2012.

BioSpectrum's effort to bring you market insights continues. Our next issue in June will feature the consolidation activity in these markets and focus on the talent pool engaged in the bioscience industry. And feedback on this survey and analysis is welcome.