Amidst rapid growth: Catching our breath 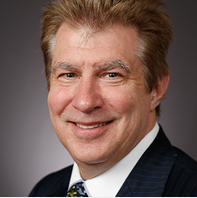 Digital Health has gained legitimacy and achieved record growth over the past few years. Most industry pundits forecast this growth to continue for at least the next ten years. One recent study estimated the global demand for clinic monitoring devices and integrated solutions to grow from $372 million last year to $16 billion in 2023. While consumer devices will also experience strong growth, they are not expected to keep up with their companions in the healthcare side of the industry.

Amidst all the hype, there is increasing demand for results and measurable value to both the customer and shareholder. For example, dozens of companies have attacked the problem of medical adherence - it is a huge loss for the lifescience industry, and expensive for payers who have to pay for care that is sub-optimal. Unfortunately, many of these solutions have also come up short. We have put ourselves in the position of paying for a solution that does not work, but also fix a problem that is caused by something that already does not work. At times, we have only added another layer of expense on top of patient failure.

We have already passed the age of stand-alone health apps. The era where companies could build a product for Rs 50K and market it on the iTunes store is totally gone. The next stage of development, the connected app, which connects a mobile app to a database or system on the back end has now started to fade away as well. We are now entering the third phase of digital health which is dominated by Integrated Health Platforms and the era of Big Data, and Internet of Things. Integrated Health Platforms By far the biggest change in the digital health landscape has been the arrival of technology giants Apple and Google, both of which are trying to establish themselves as individual healthcare platforms. Ironically, this is a path that Microsoft tried to go down with its Health Vault product over the past five years with limited success. One additional bit of complexity is that Google's primary hardware partner in the mobile space is Samsung that has it's own aspirations to build a health platform. Anyone building wearables will ultimately have to fit into one of these ecosystems. Apple in particular likes to demand loyalty in return for any type of close alliance.

Also of note, is the direction of the industry towards an integration between mobile health world and the traditional world of health systems. When Apple made its major announcement last month in health space, it included that they would be partnering with major players in the health technology space (Epic software) as well as Mayo Clinic, the most well-known brand in the US health landscape. This announcement let the world know that the collection of data using wearables can no longer be kept separate from the systems that track health, which are used by hospitals, health systems, and government health systems. Ironically, Asian health care systems, such as the one under development in Singapore, have already moved to this next level of integration.

Several implications are clear. First, physicians and other medical professionals will have to understand how to incorporate new types of data that are outside their experience to date. Doctors have their own experience-based intuition. In all likelihood, that base does not include any data from a wearable device.

The Era of Big Data and Internet of Things
The development of mHealth technology is taking place on a grand world stage where two major mega-trends are driving the development of technology across all aspects of global commerce. Big Data has driven everyone to think about the power of data they collect to predict outcomes. Related to the Big Data is a movement towards the integration of people and sensors into integrated systems. This is also referred as the "Internet of Everything".

Every company in the business of collecting information from individuals is also in the business of making predictions about what the data says about the future of a patient. How our body moves determines the risk of falling over in the next few weeks. How our heart beats predicts the likelihood of heart disease and failure in the future. The health tracker companies have all begun to focus on the value of the data as a part of their business model. Every new and extending player in digital health will become integrator of data. Those who fail to follow this path will die. Devices as part of our lives Technology increasingly works to automate processes that were outside the view of technologists. One of the most successful companies in the world today is Uber, a company that has moved to radically transform the car rental business using mobile and cloud-based technology. In the same way, digital health needs to move into new areas at a new level of life- style integration.

Device design continues to evolve and become ever more important to the buying public. Misfit Wearables, the maker of Shine Activity Tracker, has set the bar so high that Apple featured its product in their recent advertising campaign. Devices will continue to look less and less like a medical device and more like something that we would like to show off to our friends and loved ones. This trend will likely accelerate when the long rumored Apple iWatch makes its debut later this year. Unlike Samsung Galaxy Gear that is definitely aimed at young buyers of gadgets, Apple device will likely be immensely popular as a fashion accessory. Opportunities By far the biggest opportunity for health IT industry is the potential for integration between an emerging world of digital health and traditional patient, and hospital systems.

Consumers all over the world are looking to get better access for their health records and the doctors that serve them. This will create enormous opportunities for developers of EMR software as well as major system integrators who have to sew all of these pieces together.

About Hunhu Healthcare
Hunhu Healthcare is a Mayo Clinic Venture company. Hunhu Healthcare is developing an integrated solution to leverage the power of personal communities to keep individuals safe and happy, while also serving the needs of families and friends who share their success. Research has consistently shown that socially connected people do better in treatment. We are aiming to develop a repeatable process and support technology that can be present all the time.

The company is developing a pendant that will detect falls, forecast future health risk, and support a variety of community-based functions.
The company will be releasing a product in the market by early 2015. It is currently raising a seed round and is looking for distribution and manufacturing partners.