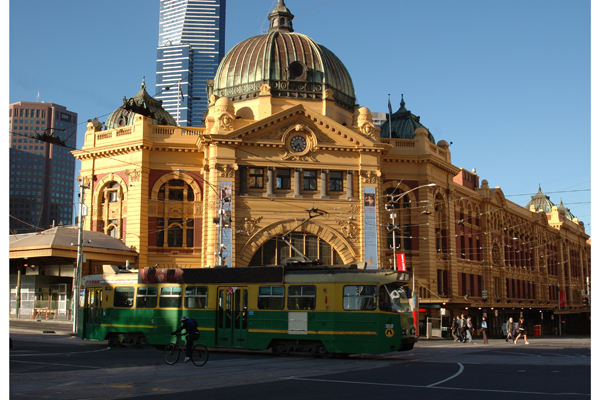 Australia has a long history in biomedical research, with a reputation for excellence and invention since the early 1900s. This history includes a notable sprinkling of Nobel Prize winners, including Howard Florey (penicillin, 1945), Macfarlane Burnett (immunology, 1960), Peter Doherty (immunology, 1996) and Barry Marshall (gastric ulcer, 2005). This tradition continues today, with record numbers of biomedical researchers active in scores of institutes.

This critical mass of researchers and institutions â€” all aiming to generate intellectual property relating to new medicines â€” has led, over decades, to the development of downstream capabilities required to take biomedical inventions to the clinic. Such capabilities include services relating to pre-clinical development, process development, regulatory compliance, and performing of clinical trials. This depth of experience around biomedical R&D and associated infrastructure creates a differentiator for Australia in a regional context, not only because of the drug pipeline generated locally, but also because of the range of the capabilities needed to service it.

An important addition to the range of biotherapeutic drug development capabilities is currently being installed in Brisbane in the form of a world-class contract manufacturing organization (CMO) targeting scale-up and commercial manufacture of biologic drugs. Biopharmaceuticals Australia (BPA), a Queensland Government-owned biopharma industry-development vehicle, has teamed up with DSM Biologics (DSMB) to design and build a new mammalian-cell culture facility dubbed the Biologics Plant Of the Future. The capital funding has been provided principally by the federal and Queensland state governments. The new plant, due to come on-line in early 2013, will add to DSMB's existing CMO capacity at their plant in Groningen, the Netherlands.

The DSMB plant will feature not only the latest in single-use disposable systems for processing activities, but also a number of proprietary high- performance technology platforms. These include the PER.C6 human cell line, use of DSMB's XD high-productivity cell culture process, the Rhobust expanded-bed adsorption technology (which cuts the number of unit operations and reduces cycle times), and new downstream processing optimization technology, the Kremer Method. These differentiating technologies all aim to add value for the client through better process control, reduced waste and higher throughput.

The BPA-facilitated development represents the latest in a string of government-supported projects over the last decade targeting gaps in the capability chain required to take biomedical inventions from bench-to-bedside. Governments in Australia have sought to leverage the strength of the fundamental research in biomedical science into the ability to translate invention into practical medicines. This has been attained by encouraging applied research, synergistic grouping of researchers and clinicians, commercially-oriented pre-commercial development, preclinical and clinical services, and by actively promoting Australia as a destination for conducting clinical trials.

Australia does not represent a large end-user drug market, and is not a low-cost producer, but increasingly is positioning itself as a niche global provider of an integrated set of world-class capabilities in these translational areas. The pressure on time-to-market for pharma developers is intense. This pressure is made worse in the case of biologics, since they are typically more complex materials than traditional small molecule drugs. This complexity often adds to the time needed to characterize and validate the efficacy of the product, and to develop production processes that consistently and economically manufacture the active drug. This extended development time eats into the patent life available to exploit the new drug and recover the development costs. These pressures favour use of quality providers with a strong, demonstrable track record of doing projects right the first time. It is into this niche that Australia logically positions itself.

The Australian commercial environment offers good IP protection, with advanced legal and financial systems, and a stable government, all of which provide a familiar and welcoming backdrop for the biopharma developer scouring the globe for the best outsourcing solution. In this context, 'best' means the lowest-risk opportunity for on-time, on-budget outcomes of clinical development projects.

Australia's regulatory processes are harmonized with the advanced Western jurisdictions, and with world-class services available across the entire translational spectrum, the client need not go any further to access an entire suite of outsourcing requirements. The future clients of the DSMB Brisbane facility may also locally access pre-clinical services at Tetra Q, set up their clinical trials using CNS, obtain regulatory advice from Ground Zero or ERA Consulting, and perform their phase I trials with Q Pharm.

Technology transfer is an expensive undertaking, and the management of such transfer is made more difficult by time zone disparity. As a quality supplier, and in the same time zone, Australia is ideally situated to service the future needs of the Asian region. In countries such as Singapore, Taiwan and China, there has been heavy investment in recent years in biomedical research infrastructure. As these institutions begin to mature and generate commercial drug candidates, Australia's capabilities should become increasingly attractive, and provide the opportunity for leveraging its strengths to become a regional hub for clinical development of biologics.