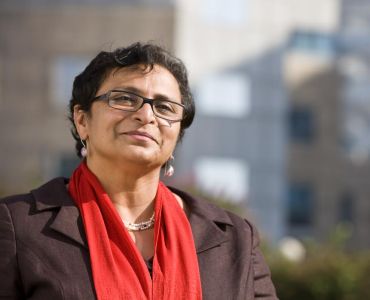 Dr Villoo Morawala-Patell founded Avesthagen in 1998. She is a member of the Task Force and Vision Group for Biotechnology, instituted by the State Government of Karnataka and founding member of the Association of Biotechnology Led Enterprises

One of the biggest challenges in developing and manufacturing antibodies is proving the equivalence or similarity to the reference product. Antibodies are highly complex molecules with secondary and tertiary structures subject to post-translational modifications such as glycosylation. Many times they may be heterogeneous and contain a small population of antibody variants (microheterogeneity). Small alterations in process development can lead to unacceptable changes in safety and efficacy. It is also quite possible that the subtle differences encountered in a biosimilar antibody in terms of molecular structure cannot be detected by current methods.

It could be a challenge to demonstrate that such differences have no impact on clinical efficacy and safety. This complexity is reflected in the amount of documentation required to be submitted for the marketing authorisation application, for example, on structure, physicochemical characteristics, biological activity (potency), manufacturing approach, and quality control. Moreover, a biosimilar antibody company usually has no data on critical in-process controls and intermediates in the manufacturing process of the innovator (it being proprietary and confidential information). The fact that they have to purify the drug substance from commercially available sources adds further complexity to the situation.

Despite the challenges associated with the development of biosimilar drugs, many drug manufacturers are entering the race to develop biosimilars, especially for blockbuster monoclonal antibodies (mAbs). According to Citeline's Pipeline database, there are currently 49 biosimilar mAbs in the pipeline. The vast majority of these mAbs (43) are in preclinical development. Geographically, the majority of development is taking place equally in Europe and Asia. Very little is happening in the Americas, as only six of the 49 mAbs in the pipeline are being developed by companies in these areas. Most notably absent in the development of biosimilar mAbs are the US companies. This may be a consequence of the lack of guidance in the US. Considering this new crop of mAbs to come and that a number of mAbs, previously developed by pharmaceutical companies, will be losing patent protection over the next few years, a stiff competition is expected. Speed-to-market would be a critical factor in deciding the survival for many of the companies engaged in mAb development. Faster development is possible by partnerships and licensing deals and collaboration will be an important strategy for overcoming some of the difficulties associated with the development of biosimilars.

The Asian challenge is therefore to comply with the EU or the US regulatory requirements and still produce the drugs at a price that will be acceptable locally. This may not be easy, despite the cost advantage of producing the drugs in south-east Asia. The price differential between originator and follow-on biologicals is only about 30 percent in Europe at the moment.

On the other hand, original drug makers are pushing for high benchmarks to scare off competition, but governments and regulators are aware that biosimilars are key to keep healthcare costs down. Whether European and US manufacturers of biosimilars will be able to enter the local markets more easily or find themselves bogged down by local competition is a matter of debate.

Realizing the market potential for biosimilar antibodies, Asia is expected to be the biosimilar hub in times to come. The Asian advantage rests on its bio-specialized manpower, consolidation of the R&D infrastructure, expanding its world-class clinical trials and production infrastructure by strategic alliances, reinforcing export capability by global partnering and the significantly lower cost of production.

Setting up a manufacturing facility

Since antibodies are large molecules and dosage is in gram quantities, a larger manufacturing plant is required to produce them. Capital investment represents the largest share of financial risk when scaling up is required. The cost of setting up antibodies manufacturing facility will depend on the scale of operation. If a new facility is planned, it will be important to know beforehand the number of products to be manufactured and amount of material to be produced for marketing. Since most companies would be looking at a 'basket of biosimilar mAbs', a multi ton facility will be desirable to produce multiple products to maximize payback. Again, the market demand would dictate the scale-of-operations. A higher capacity, under-utilized plant may paradoxically result in higher rather than lower COGs for biosimilars. Thus, new production facilities for biosimilars can only provide maximum economic benefit if they are designed with multiple products in mind.

It will be important to understand that a multi-product facility will require a longer changeover time (10-14 days) when switching from one antibody to the next as compared to the traditional dedicated facility. This change over time is critical in ensuring proper cleaning, replacement and sanitization of equipment. Thus, smart facility design, proper production planning and implementation of technology which minimizes changeover time are all tactics which can be employed to optimise the design of multiproduct facilities.

Adoption of single-use and disposable technologies is one of the most effective ways to minimize the need for early capital investment. Although this may increase per batch costs, eventually it will results in better pay backs as the costs will only be incurred when product is produced. A new company should weigh both the options - single-use, disposable bioreactors as well as the traditional stainless steel bioreactors and plan the manufacturing plant likewise, perhaps starting with the disposable technology and, when the revenues start flowing in, focus on building the capital investment.

Another important point is development of robust processes. We have gained immense knowledge in process development over the past few years. Incorporating Process Analytical Techniques (PAT) and Quality by Design (QbD) will ensure better control over the process, based on good science and quality risk management. Although, a biotech drug application using the QbD approach is yet to be approved by the FDA, the QbD principles are already being widely adopted by biotech firms around the world.