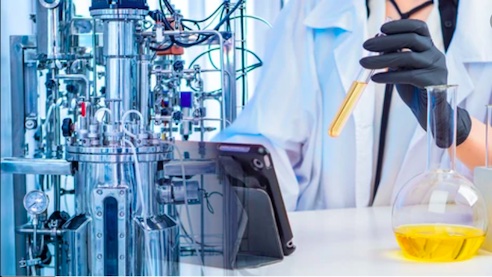 Bioreactor technology has evolved over time and is still expanding as its requirements in biopharmaceutical and biotechnology applications are quite different from what they used to be several years ago. Currently, there is a need for easy-to-use bioreactors for advanced cell culture and patient-specific therapies.

Patient-specific therapy is fast becoming the new frontier for biopharmaceutical research. Improved understanding of the human genome and enhanced ability to cultivate cells outside the body is fuelling the need for bioreactors.

Bioreactor sales witnessed a notable uptick during 2020 with many companies expanding their facilities in order to fulfil the demand for COVID-19 vaccine production. Nationwide vaccination programmes throughout the world and the ongoing demand could further boost sales in the near future.

The demand for COVID-19 vaccines and other biologics is fuelling the global bioreactor market size, which is set to reach $16 billion in terms of valuation by 2027, claims Global Market Insights, Inc (GMI).

The Asia Pacific (APAC) region could capture a substantial share of the market with increasing government focus on encouraging the growth of local biotech companies by offering direct investments, tax incentives, and other resources.

How is Asia Pacific (APAC) shaping up as a lucrative market for bioreactors?

Bioreactors are an important component of the vaccine manufacturing process. The technology is ideal for addressing the growing risk of diseases in emerging economies. GMI has reported that vaccines accounted for nearly 47 per cent of the global bioreactors market share during 2020.

Population in Asia Pacific countries is ageing at a faster pace. By 2035, the percentage of people aged 65 or more will nearly double to reach 15.49 per cent, up from just over 7.73 per cent back in 2015. As the population ages, the risk of chronic health complications such as heart disease, diabetes, and cancer rises as well.

Last year in April, the World Health Organization (WHO) had announced the Immunisation Agenda 2030 to focus on ensuring that each and every individual around the world fully benefits from vaccines for improving health and well-being. Immunisation has been one of the greatest success stories in modern medicine, preventing an estimated 2-3 million infectious disease deaths each year. The COVID-19 pandemic has further highlighted the importance of immunisation in preserving human and economic health.

However, in the Asia Pacific, routine vaccination or life course immunisation is a significantly under-utilised public health intervention. Unlike in Europe and North America, in some APAC countries, the importance of routine vaccination is not well recognised by policymakers nor well by the people. As a result, elective vaccination rates are considerably low.

The UN had proclaimed 2021-2030 to be the Decade of Healthy Ageing, to improve the quality of life of older people and their families by delivering people-centric primary health services specifically for older adults. While nationwide vaccination efforts are already underway in the Asia Pacific region, government initiatives for immunisation of populations could create a significant need for different vaccines, indicating a lucrative growth outlook for the Asia Pacific bioreactor industry.

As respective governments aim to boost COVID-19 vaccine development and distribution, biologics companies are ramping up production to meet the regional demand which could rise exponentially in the coming years. Some of the leading examples underscoring the deployment of bioreactors across the Asia Pacific are expounded below.

India: In September last year, ABEC, a leading provider of integrated solutions for biopharma companies, had delivered six 4,000L CSR bioreactors to Pune-based Serum Institute of India to speed up the production of NVX CoV2373, the Novavax’ COVID-19 vaccine candidate. Serum Institute had announced that it will utilize ABEC’s single-use technology to accelerate the supply of NVX CoV2373 throughout India and other low- and middle-income countries.

The Ambr 250 allows client projects to adjust 12 different media conditions, gases, and temperatures, helping them identify the most optimal process resulting in a higher titer while minimising the cost per experiment, improving in-lab productivity considerably. The CDMO also added three 5L glass bioreactors, bringing the total number of 5L and 10L bioreactors to 12. Kemwell announced plans to further expand its manufacturing capacity with the addition of three new single-use bioreactors.

South Korea: South Korea’s Samsung Biologics had teamed up with pharma company AstraZeneca in a long-term $331 million deal which will help AstraZeneca expand its biologics manufacturing foothold in the Asia Pacific region. The two companies will collaborate to develop specific products at Samsung Biologics’ Incheon-based facility. The South Korean contract development and manufacturing (CDMO) form had signed a $231 million deal with GlaxoSmithline (GSK) in May and announced a plethora of contracts with smaller biopharmaceutical companies.

Australia: In November 2020, AstraZeneca had signed an agreement with the Australian government and a local biotech firm CSL to commence the local production of COVID-19 vaccine candidate developed by the University of Oxford for nationwide distribution during the first half of 2021. Reportedly, the production began at CSL’s bioreactor facility located in Victoria with the manufacturing of vials containing COVID-19 vaccine cells frozen under liquid nitrogen.

How are technological aspects reinforcing the future of the bioreactor industry?

With a need for improved productivity and quality in drug manufacturing, the biopharmaceutical industry is rapidly moving towards the use of bioreactor technology with integrated real-time monitoring and advanced analytics that can enable automation, improve data-driven quality control, and drive performance. However, multiple options are available for sensors and technologies that monitor critical process parameters (CPPs) or cell culture variables. In addition, cell culture vessels can be stainless steel bioreactors, reusable glass bioreactors, or single-use systems.

The sensors and monitoring technologies for these configurations must be specifically designed to be compatible with the single-use bioreactor architecture. Process analytical technologies (PATs), when selected properly, could not only provide analytical insights into ongoing bioprocesses but also deliver real-time automation and control, particularly in continuous or fed batch cultures.

Automation will likely be a key trend driving new improvements in manufacturing, especially in biopharmaceutical production. Choosing the right integrated systems for effective automation, however, is a key challenge. In mammalian cell culture, inline sensors can be utilised to monitor biomass production, metabolism indicators, or key media nutrients.

Meanwhile, spectrophotometric technologies such as Raman technology and near-infrared      (NIR) could be used to precisely quantitate and correlate spectroscopic data. Merck Group, Applikon Biotechnology, Thermo Fisher Scientific, Sartorius Group, Eppendorf AG, and Cytiva are some of the pioneers in the bioreactor technology space.