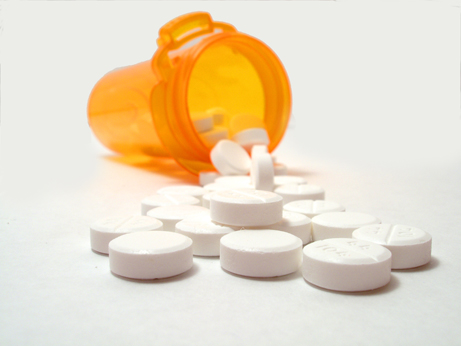 If ViroMed's VM202 gets marketed VM202, it will be able to treat a significant number of patients

VM202 is a DNA-based drug that is designed to produce two isoforms of hepatocyte growth factor (HGF) - HGF 728 and HGF 723 - when taken up by a cell. The HGF has two very important biological functions, angiogenesis (formation of new blood vessels) and nerve cell regeneration. Based on these activities, VM202 can be used to treat three major human diseases, including painful diabetic peripheral neuropathy (PDPN), critical limb ischemia (CLI), and coronary artery diseases (CAD).

PDPN is the most extreme form of diabetic peripheral neuropathy (DPN), a commonly encountered neuropathic pain syndrome characterized by tingling sensations or numbness in the extremities. DPN is one of the most typical complications associated with diabetes mellitus, occurring in about 60-to-70 percent of diabetic patients. Among these DPN patients, approximately 11 percent suffer from severe pain, defined as PDPN, which causes pain so high that it can lead to sleep deprivation and depression, thus severely compromising patients' quality of life.

PDPN results from the destruction of nerve endings due to microvascular and nerve cell injuries brought on by diabetes mellitus. Besides causing extreme pain, PDPN also accounts for significant morbidity by pre-disposing the affected area to ulceration and amputation. At present, the only available drugs are pain killers, which do nothing more than manage the pain to a barely tolerable level.

Another target disease of VM202 is critical limb ischemia (CLI), which is a form of peripheral artery disease (PAD). PAD can occur wherever the blood supply is obstructed. One of the main causes is atherosclerosis, which results in the formation of plaques in the vasculature that can cause vessel obstruction and embolism. When PAD occurs in leg, it is called ischemic limb disease. CLI is the late-stage manifestation of ischemic limb disease. The most commonly affected regions are the lower limbs.

CLI patients experience ischemic rest pain, ischemic skin lesions, as-well-as ulcers or gangrene. Unfortunately, currently available treatments are limited to re-vascularization options such as percutaneous transluminal angioplasty (PTA) and bypass surgery. When such re-vascularization techniques cannot be applied, the only remaining option is amputation. In the US, it is reported that 200,000 cases of amputation associated with CLI occur annually. Moreover, amputation is directly related with a significantly elevated mortality rate, reported to be striking 50 percent within five years of amputation.

The third target disease of VM202 is coronary artery disease (CAD), which ranks as the number one or number two cause of death in developed countries. CAD includes various heart-related diseases, such as myocardial infarction and angina pectoris.

As CAD is mainly caused by atherosclerosis, which is a degenerative process, patients with CAD may be asymptomatic for years. However, as it progresses, ischemic conditions worsen, due to continued plaque deposition. As a consequence, vessel occlusion, loss of arterial elasticity, and increased stenosis decrease coronary blood flow, resulting in an oxygen deficiency in the heart. Angina pectoris is the most common clinical manifestation of these chronic ischemic conditions. When angina is predictably induced by physical exertion, it is termed stable exertional angina. Untreated, stable angina can progress to various acute coronary syndromes, including unstable angina, myocardial infarction, heart failure and sudden cardiac death. Regardless of the seriousness of this disease, current treatment options are limited to percutaneous coronary intervention (PCI) and coronary artery bypass graft surgery (CABG). In the US alone, CAD is responsible for over one million deaths and direct medical expenses of about $87.6 billion annually.

For all the three diseases (DPN, CLI, and CAD) that VM202 is targeting, current treatment methods have clear limitations, and there has been a strong need for development of improved therapeutic agents. A number of major pharmaceutical companies around the world have been trying to develop drugs and technologies to effectively cope with these diseases, but with very limited success. Amid Goliaths' unsuccessful struggles for an innovative drug for these diseases, a small biotech company named ViroMed stands out with their DNA-medicine VM202.

When VM202 is delivered to the affected area by a single intramuscular injection, this drug enters a small portion of the surrounding muscle cells. These cells then simultaneously produce the two isoforms of HGF proteins, which are subsequently secreted and bound to the cellular receptor called c-Met present on the surface of neighboring endothelial, smooth muscle, or neuronal cells. This interaction activates the c-Met pathway, triggering a series of biological reactions, including angiogenesis and prevention of cardiac remodeling. In the case of both CLI and CAD, the development of new blood vessels around the occluded arteries would improve blood flow to the affected areas. This would lead to increased perfusion and wound healing. In the case of PDPN, microvasculature will be restored, and this would allow the supply of much needed oxygen and nutrients to the nerve cells and the removal of toxic metabolites, thereby aiding in survival of the nerves.

HGF can also function as a neurotrophic factor. Sympathetic neurons express both HGF and its cognate receptor. When VM202 is injected along sural, peroneal, and saphenous nerves and their branches, the localized production of HGF, resulting from VM202 injection, promotes the growth of sympathetic neurons as well as axonal growth and regeneration.
Data from human trials

ViroMed has already completed a phase I/II trial for DPN in the US, a phase I trial for CLI in the US and China, and a phase I for CAD in Korea. When a DNA-based drug is tested, patients with actual symptoms are enrolled at the first stage of the phase I trial, in order to observe for both efficacy and safety. Therefore, the data pertaining to VM202's efficacy as well as safety has been obtained from a total of 54 subjects, with three different indications, in three different countries, using test drugs produced by two different manufacturing facilities.

Safety-wise, no significant drug-related adverse effects have been found in VM202-injected patients until date. Furthermore, no antibodies to newly expressed HGF proteins were observed, and the serum level of HGF protein remained virtually unchanged.

Efficacy-wise, VM202 has produced very encouraging data showing its powerful pain relieving effects in a dose-dependent manner during each trial. In the phase I/II PDPN clinical trial, the percentage of pain reduction experienced by the participants was 47 percent in average. The percentage of patients experiencing more than 50 percent in pain reduction was 75 percent. In the case of the phase I CLI trial, VM202 injection improved the ischemic ulcers, reduced the resting pain, and increased ABI in patients in both the US and China trials.

Currently, a phase II trial for PDPN are smoothly underway in the US and Korea, and the same is also the case for CLI in the US, Korea and China, with final results expected in 2013. For CAD indication, a phase II or II/III trial for acute myocardial infarction is expected to start in 2013, with its completion aimed in 2015.

As a consequence of the aging population and increased risk factors, the number of patients experiencing PDPN, CLI, and CAD, who are unsuitable for or are unresponsive to conventional medical therapy is increasing.

Despite intensive research for new therapeutic strategies, their results have been unsatisfactory and disappointing. In this situation, if the development of ViroMed's VM202 completes successfully and the product gets marketed, VM202, with close-to-none competition, will be able to treat a significant number of the 1.9 million PDPN patients, 0.75 million CLI patients, and 16 million CAD patients in the US alone. As evidenced by a bulk of encouraging pre-clinical and clinical data, it may not be just optimistic thinking - it is highly likely to happen.