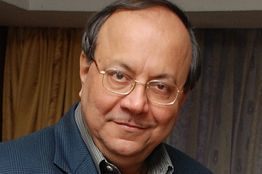 In 2002, biotechnology was just in its nascent stage and was considered to be a small industry. However, the success story of the vaccine sector and the emergence of companies such as Bharat Biotech and Shantha Biotech changed the course and direction of the industry. Also, the success of Biocon has been a major milestone that brought recognition and growth along with stability to the industry. The emergence of bioinformatics as a discipline, genomics as a research area and contract research as an opportunity are the remarkable feats of this industry. All these areas have evolved over the decade.

Although, presently, the biotech industry is close to $5 billion, yet, it cannot be compared to large industries such as petrochemical, automobile and information technology, but the impact is quite significant. The growth of scientific institutions has given fillip to the pharma, agriculture and other areas. In fact, our new national biology laboratories are just 25 years old. It is in the late 80s that the best laboratories came up in life sciences. Be it CSIR, DBT or DAE institutes, all have made significant contributions not only in therapeutics but in generics as well.

I think they have paved the way for such an exciting journey. My own experiences at CSIR-Institute of Microbial Technology (CSIR-Imtech), Chandigarh have been phenomenal. The thrombolytic molecules developed at the institute have evolved from being niche to being wide spread and affordable. As we speak, a novel clot buster in the form of clot specific streptokinase is about to undergo final stage clinical trials. This has been a major milestone at CSIR.

The affordability in healthcare has primarily come from the success in the chemical industry and that has been now extended to vaccines. However, the challenge of developing new molecules exists and for that various steps have to be taken including utilization of the existing knowledge treasure.

Unfortunately, the education sector continues to disappoint. Although we have a large number of students with sky-high expectations, they are failing to get into right spaces. The absorption capacity has not met the expectations of those who are looking for job opportunities. The industrial consumption of manpower has not grown commensurate to the development of human resources. Specific verticals such as bioinformatics are yet to be tapped fully. The potential growth in informatics has not been exploited to the level that should have been by the large industries. Except Tata Consultancy Services in the IT industry, no other company has utilized its full potential.

Our weakness is that we have not been able to do the high level of product development. It is still an under-developed and under-utilized area of the biotech sector. However, there is a lot of scope for the growth. With the availability of a national knowledge network, communicating and computing capabilities have enhanced tremendously.

The progress of programs such as Open Source Drug Discovery (OSDD) has served as an example where we can take lead in new discoveries. Unlike molecular biology, that took 20 years to reach to the level of product development, genomics has the availability of cutting-edge technologies and we can certainly achieve lot more than we think we can. With these technologies in our kitty, and along with efficient and capable manpower, we can do large scale discoveries. The connection between genomics and medicine is developing at a rapid pace for the first time. This is the area where I have huge expectations and see a bright future.

Actually, India can beat the best of the world in the field of predictive medicine, if we start making research headway in the right direction. So far the efforts have been lacking. Industry must come out of its conventional mode of thinking and researching. The use of latest authenticated technologies is a must and above all the benefit to the masses must be given due consideration whenever research is initiated.

As a person, when I look at a decade back, I feel that full scale exploitation of genomics could bring the change. Ten years down the lane, it has become a reality. So I am a satisfied person in that regard. What is now required is to focus on novel emerging areas. We should start now with extensive thrust on the areas such as biosensors and synthetic biology. India has to emerge as a leader in the future, and I have no doubt that she will succeed.