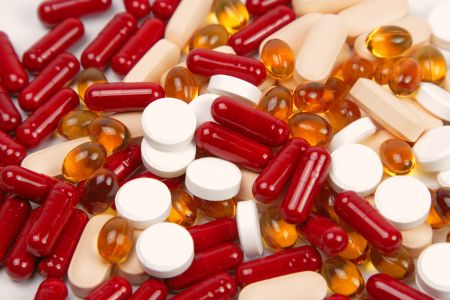 Bayer to working on combating colorectal cancer and prostate cancer

Bayer HealthCare presented results from two pivotal phase III studies at the 48th congress of the American Society of Clinical Oncology (ASCO) in Chicago during June, showcasing its promising oncology pipeline. The results showed that the investigational compounds alpharadin (radium-223 dichloride) and regorafenib both met the pre-specified primary endpoints and demonstrated significant results that offer new hope for cancer patients.

The phase III colorectal cancer treated with regorafenib or placebo after failure of standard therapy (CORRECT) trial evaluated regorafenib plus best supportive care (BSC) versus placebo plus BSC in patients with metastatic colorectal cancer (mCRC), in patients in whom the disease has progressed after currently approved standard therapies. The study results showed that regorafenib significantly improved both overall survival and progression-free survival, as compared to placebo. In addition, new data from CORRECT, presented at ASCO, showed that this significant survival benefit was maintained across nearly all the subgroups that were analyzed.

Subsequent to this data being presented, the US Food and Drug Administration (FDA) granted priority review to the new drug application (NDA) filed at the end of April 2012 for the oral multi-kinase inhibitor, regorafenib, for the treatment of patients with metastatic colorectal cancer (mCRC), whose disease has progressed after approved standard therapies. The FDA grants priority review to medicines that offer major advances in care or that provide a treatment, where no adequate therapy exists.

Third most common cancer in Asia

Colorectal cancer (CRC) is a disease in which malignant (cancer) cells form in the tissues of the colon or rectum. The majority of cancers occurring in the colon and rectum are adenocarcinomas, which account for more than 90 percent of all large bowel tumors. It is the fourth most common cancer worldwide, with over one million cases occurring every year. The mortality rate from CRC is approximately half of its global incidence. The five-year survival estimate for CRC on average is 55 percent, but is highly variable dependent on the stage of the disease (from 74 percent for patients with stage I disease to only six percent for stage IV patients).

The incidence and mortality of colorectal cancer (CRC) is rising rapidly in Asia. CRC now ranks as the third most common malignant disease in both men and women in Asia.i, ii Data from the cancer base of the International Agency for Research on Cancer shows that the incidence in many affluent Asian countries is similar to that in the West.iii In Eastern Asia, countries such as China, Japan, South Korea and Singapore have experienced a two-to-four fold increase in incidence during the recent decades.iv Among the various ethnic groups in Asia, the incidence of CRC is significantly higher among the Chinese. According to the Chinese National Cancer Database of 2003, CRC was one of three cancers with the most rapidly increasing incidence (together with lung cancer and female breast cancer) in the country between 1991 and 2005.v

It is important to detect and treat colorectal cancer early, especially since it is rising in Asia at such an alarming rate. The data that we have with CORRECT is timely as Asians are now having more westernized diets and are leading sedentary lifestyles.

Bone metastases are one of the main causes of disability and death in patients with castration-resistant prostate cancer, however, until now there has been little progress made towards developing therapies that target the cancer when it has spread to the bone. Radium-223 dichloride is the first therapy specifically addressing prostate cancer that has spread to the bone, which has shown to significantly improve the overall survival in a phase III trial. It offers new hope for patients for whom options are limited.