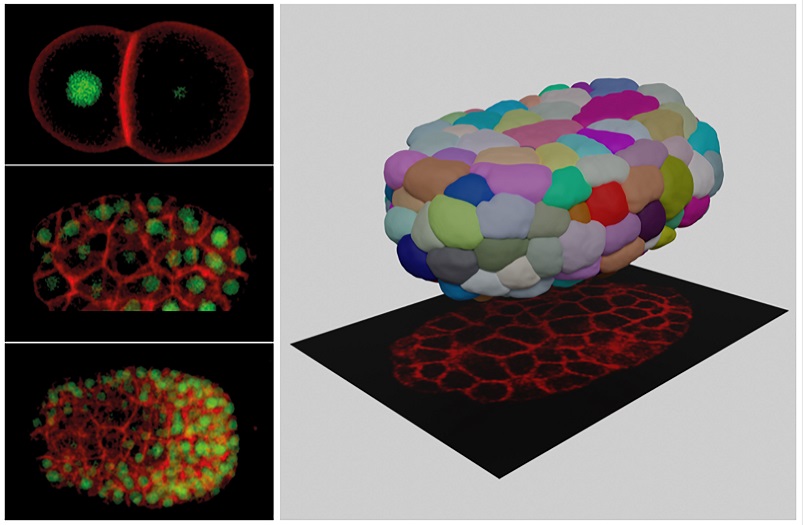 Scientists at City University of Hong Kong (CityU) have developed a novel computer tool to extract, track and visualize cells, and analyze the formation, structure and functions of Caenorhabditis elegans (a type of worm) during cell division. The research can help scientists understand cancer and find a possible cure by enabling them to learn how an animal’s body and organs are formed through cell division.

The findings were recently published in the prestigious journal Nature Communications under the title “Establishment of a morphological atlas of the Caenorhabditis elegans embryo using deep-learning based 4D segmentation”.

“The computational framework we developed is called CShaper. It helps biologists reconstruct and visualize the 3D shapes and their temporal changes in Caenorhabditis elegans embryos, which share many essential biological characteristics with humans and provide a valuable model for studying the tumour growth process in humans,” says Professor Yan Hong, Chair Professor of Computer Engineering and Wong Chun Hong Professor of Data Engineering in the Department of Electrical Engineering (EE).

The team generated a time-lapse 3D atlas of cell morphology for the Caenorhabditis elegans embryo from the 4- to 350-cell stages, including cell shape, volume, surface area, migration, nucleus position and cell-cell contact with resolved cell identities.

Previous image analysis systems could detect only the cell nuclei well, not the cell membranes. The nucleus and membrane were imaged from two channels simultaneously, but the image quality of the membrane was much worse than that of the nucleus because of low fluorescence density.

Using the new system, the scientists can accurately detect the membranes, track the cells, and reconstruct their 3D shapes. The new tool opens a window to analyzing cell features, such as cell shapes, cell-cell contacts, cell-cell communication, and gene and protein functions during cell division.

“We are proud to be able to develop a useful computer tool for automated analysis of massive amount of cell image data. To the best of our knowledge, CShaper is the first framework for segmenting and analyzing a Caenorhabditis elegans embryo systematically at the single cell level. Using this tool, we can characterize cell shapes and surface structures, and provide 3D views of cells at different time points,” says Cao Jianfeng, PhD student in EE and one of the first co-authors of the paper.

CShaper revolutionizes the way biologists inspect experiment data. It cuts down the time required to annotate the images of an embryo from hundreds to just a few hours and enables biologists to implement quantitative and statistical analyses on cell morphological features on a large scale. The system can be further developed to analyze images from other types of cells, such as plant cells.