The Center will advance research and development in cell and gene therapy, gene editing, immunotherapy, and biotechnology 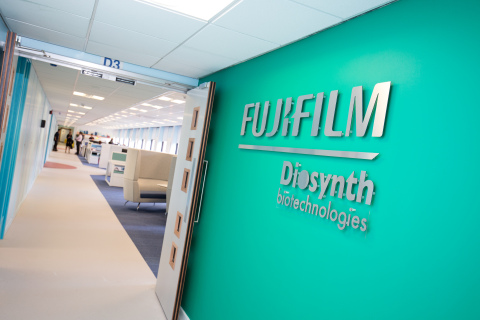 Japanese firm FUJIFILM Corporation and the Center for Advanced Biological Innovation and Manufacturing (CABIM), have announced that it has secured $76 million in financing and signed a lease for a 40,000 square-foot site in Watertown, Massachusetts at The Arsenal on the Charles, owned and operated by Alexandria Real Estate Equities, Inc.

The Center will advance research and development in cell and gene therapy, gene editing, immunotherapy, and biotechnology. FUJIFILM Diosynth Biotechnologies, the Bio CDMO subsidiary of FUJIFILM Corporation, will provide GMP contract process development and manufacturing services as part of its role in the new manufacturing and innovation center.

Previously announced in November 2019, CABIM aims to help new therapeutics, medicines, and technologies reach patients faster and strengthen Greater Boston's position as the world's life science capital. The industry-academia research and development consortium was established with an equal investment each from Fujifilm, Harvard University, Massachusetts Institute of Technology, Cytiva (formerly part of GE Healthcare Life Sciences), and Alexandria Real Estate Equities, Inc. to shorten the path to implementation of therapies, and to accelerate the practical application and commercialization of these therapies. The consortium will work with other collaborators including Beth Israel Deaconess Medical Center, Boston Children's Hospital, Brigham and Women's Hospital, Dana-Farber Cancer Institute, Massachusetts General Hospital, and MilliporeSigma.

The manufacturing facility is planning for eight cleanrooms, with a configuration that will produce both cell and viral vector products within its physical space. The site will also offer quality control, lab, office, and convening space to facilitate collaboration between the region's academia, industries and hospitals. The Center will also focus on developing a pipeline of talent in the field of biopharmaceutical manufacturing to expand Greater Boston's base of specialized workers, offering training and curricula to emerging professionals.

The initial $76 million fundraising round will contribute to the build of the space, support 40 full-time employees, and will maintain the Center's daily operations. The Center will commence operations in early 2022.

On January 4, FUJIFILM Corporation announced a new, separate state-of-the-art $40 Million viral vector and advanced therapy facility in the greater-Boston area. Additionally, as FUJIFILM Corporation has announced previously, the company continues to invest in growing its CDMO business across several modalities including microbial and most recently, in cell culture, with a capital investment of $2 Billion to build a large-scale cell culture manufacturing facility in the U.S. The new facilities will be operated by FUJIFILM Diosynth Biotechnologies.