Scientists explore how females shut off their second X chromosome

Research shows that the protein SPEN plays a crucial role in the process of X-chromosome inactivation, whereby female mammalian embryos silence gene expression on one of their two X chromosomes 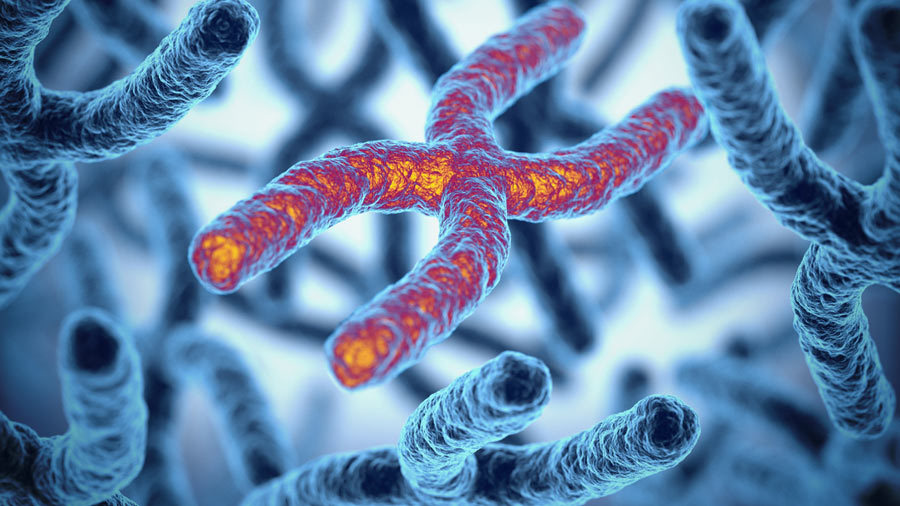 Researchers at the European Molecular Biology Laboratory (EMBL) in Heidelberg and Institut Curie in Paris have shown that the protein SPEN plays a crucial role in the process of X-chromosome inactivation, whereby female mammalian embryos silence gene expression on one of their two X chromosomes. In their landmark research published in Nature on 5 February, the scientists reveal how SPEN targets and silences active genes on the X chromosome, providing important new insights into the molecular basis of X-inactivation.

In mammals, males and females differ genetically in their sex chromosomes – XX in females and XY in males. This leads to a potential imbalance, as more than a thousand genes on the X chromosome would be expressed in a double dose in females compared to males. To avoid this imbalance, which has been shown to lead to early embryonic lethality, female embryos shut down the expression of genes on one of their two X chromosomes.

Scientists did not fully understand how genes actually become silenced on the X chromosome, although a molecule called Xist is known to initiate the process. Xist is a long non-coding RNA – a type of molecule created using the cell’s DNA as a template, but one which doesn’t carry instructions for making a protein. Xist coats the chromosome from which it is expressed and induces silencing.

“The exact molecular mechanisms by which Xist mediates gene silencing have been a mystery for decades,” says EMBL/Curie PhD student François Dossin. In the new study, he and his colleagues in the Heard Group in Heidelberg, previously at Institut Curie in Paris, have identified how SPEN – a key player in X-chromosome inactivation – functions to induce gene silencing in mouse embryos and embryonic stem cells. This study provides some of the first detailed molecular insights into X-inactivation since its discovery in 1961 by Mary Lyon.

To demonstrate SPEN’s action, the scientists strongly reduced its concentration in embryonic stem cells and observed that X-inactivation did not happen. They also found where SPEN binds on the X chromosome to do its job. As soon as it is expressed, Xist mobilises and binds SPEN, which accumulates along the X chromosome. SPEN then interacts with the regulatory regions of active genes. As soon as gene silencing occurs, SPEN disengages. Genes then remain inactive for the rest of the cell’s lifetime.

“We dissected SPEN’s role during X-chromosome inactivation using a wide array of classical and cutting-edge approaches,” says François Dossin. The researchers found that a specific domain of SPEN called SPOC played the lead role in gene silencing. It represses the transcription of DNA into RNA and interacts with several proteins involved in RNA synthesis as well as chromatin remodelling and modification.

The quest to understand all the molecular mechanisms behind X-inactivation has only just begun. “We found that SPEN interacts with several pathways linked to gene silencing. Given that SPEN accounts for nearly all the silencing during X-inactivation, the next question to address is how much each of those pathways contributes to gene silencing,” explains Edith Heard, Director General of EMBL.