US develops odour test to sniff out hard-to-detect cancers 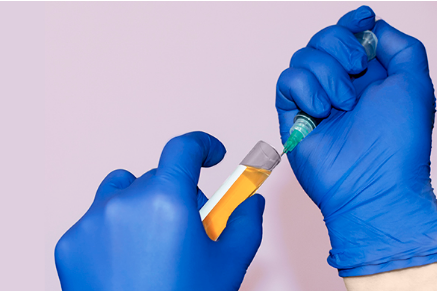 An odor-based test that sniffs out vapors emanating from blood samples was able to distinguish between benign and pancreatic and ovarian cancer cells with up to 95% accuracy, according to a new study from researchers across University of Pennsylvania.

The findings suggest that the Penn-developed tool which uses artificial intelligence and machine learning to decipher the mixture of volatile organic compounds (VOCs) emitting off cells in blood plasma samples could serve as a noninvasive approach to screen for harder-to-detect cancers, such as pancreatic and ovarian.

The electronic olfaction, e-nose, system is equipped with nanosensors calibrated to detect the composition of VOCs, which all cells emanate.

Previous studies from the researchers demonstrated that VOCs released from tissue and plasma from ovarian cancer patients are distinct from those released from samples of patients with benign tumors.

The technology’s pattern recognition approach is similar to the way people’s own sense of smell works, where a distinct mixture of compounds tells the brain what it’s smelling. The tool was trained and tested to identify the VOC patterns more associated with cancer cells and those associated with cells from healthy blood samples in 20 minutes or less.