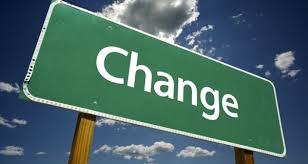 Accellix is a biotechnology company dedicated to developing and commercializing the Accellix platform to enable its growing list of customers in the field of cell and gene therapy to meet their critical QC requirements as they advance life changing therapies benefitting patients worldwide.

The Company also announced recent major additions to its senior leadership team with the appointment of Nir Nimrodi as Executive Chairman and Rey Mali as Vice President Sales and Marketing.

Nimrodi commented, “The change of our name to Accellix completes our re-focusing evolution. We want to make it clear to our customers that we are committed to enabling their critical QC requirements. Aligned with our customers, we understand that each patient batch they process is precious. Applying our multi-parametric cell analysis system, as part of the process of releasing cells to treat a patient, will be the culmination of everything we aim to achieve and why we exist. We look forward to continued progress in developing our system and to commercializing it with cell and gene therapy companies globally.”

Nir Nimrodi joined Accellix as its Executive Chairman in June 2019. Nir brings to Accellix 25 years of diverse international experience in both start-ups and large global businesses in the life science, pharmaceutical and biotechnology industries. In his most recent role, Nir served as the Chief Business Officer of Intrexon Corporation, the global leader in synthetic biology. Intrexon and its partners are among the pioneering companies in the field of immuno oncology as well as several other gene therapy programs.

Prior to Intrexon, Nir held several executive roles at Life Technologies (now part of Thermo Fisher). While at Life, Nir served as Chief Executive Officer and Board Member of Life Technologies Israel, Head of Protein Technologies, as well as Vice President and General Manager of Food Safety and Animal Health. Prior to his 7 years at Life, he was the CEO of Proneuron Biotechnologies and Mindsense Biosystems. Earlier in his career, Nir was a Director of Finance for Teva Pharmaceuticals.

Mrs. Mali commented: “The cell therapy market needs a new testing paradigm that can deliver rapid results when needed, and one that can scale to meet the expanding adoption of therapy regimens. The Accellix platform is designed for this need and is validated by market leading companies.”

Rey Mali is joining the company as its Vice President Sales and Marketing. Rey has served as a Product Development and Marketing leader for the past 14 years in both hi-tech and biotech companies.

Rey has a graduate degree in Medical Research and a MBA from The University of California, Berkeley and started her career in pharmaceutical sales at Merck Pharmaceuticals. She then joined a biotech startup that was acquired by Life Technologies (Thermo Fisher) as a Field Applications Scientist (FAS) increasing customer acquisition and retention and later was promoted to a Global Product Manager role at Life Technologies where she launched and managed products in the molecular biology space.