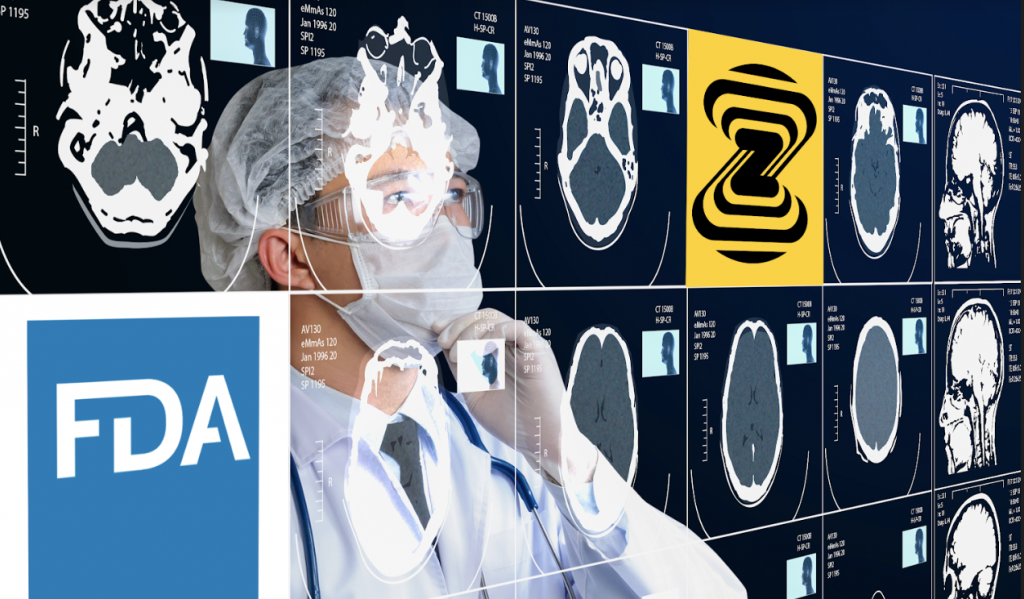 Zebra Medical Vision, the deep learning imaging analytics company has announced that it has received FDA 510(k) clearance for HealthPNX - an AI alert for pneumothorax (PNX), based on chest X-rays.

The latest FDA clearance, received in May 2019, focuses on an AI alert for "stat" (urgent) findings of pneumothorax and demonstrates a promising potential to substantially reduce turnaround time and increase the radiologist's confidence in making this diagnosis. Chest X-rays are one of the world's most used imaging modalities.

Pneumothorax is a condition in which there is an accumulation of gas within the pleural space between the lung and the chest wall. Without prompt management, pneumothorax can lead to total lung collapse and other potentially fatal complications. This condition is most commonly diagnosed by a chest X-ray scan, though it is one of the hardest to interpret, and is known for high disagreement rates even between experienced radiologists. Misdiagnosis or late-diagnosis of Pneumothorax impacts around 74,000 Americans per year.

The patent pending technology automatically detects findings suggestive of Pneumothorax based on CXR or digital radiography (DR) scans, and alerts the medical team. In hospitals where Zebra-Med's "All in one" (AI1) solution is integrated into the radiologist's worklist, the scan is flagged so that the radiologist can address it in a timely manner.

This first of its kind FDA cleared solution can save physicians more than 80% of the time taken to reach the acute condition, compared to the traditional First In First Out (FIFO) methodology.

The Pneumotorax product is a result of the extensive work accomplished by the Zebra-Med's research lab. The chest X-ray AI network was trained using millions of images to identify over 40 common clinical findings. The results of the Textray study establish a new bar for AI research in medical imaging, demonstrating high rates of agreement between the algorithm and human radiologist experts.

Eyal Gura, Zebra-Med's CEO and Co-Founder said, "We are happy to add this important capability to our All-in-One (AI1) package and add more value to busy radiology departments. Health providers across the U.S. that already use the many Zebra-integrated PACS and worklist systems, will be able to easily deploy our triage solution and improve their patients' care and outcomes".