The company has announced the appointment of Stephen Hoffman, M.D., Ph.D. as Chairman and Robert Connelly as Director to its Board of Directors. 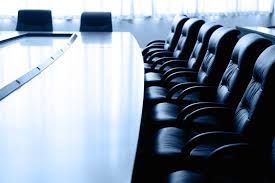 Anchiano Therapeutics Ltd., a clinical-stage biopharmaceutical company with offices in Cambridge, MA, and Jerusalem, Israel focused on the discovery and development of novel therapies to treat cancer has announced the appointments of Stephen Hoffman, M.D., Ph.D. as Chairman and Robert Connelly as Director to its Board of Directors. Dr. Hoffman has served for over two decades as a Chief Executive Officer, board member, advisor and investment manager in the biopharmaceutical sector. Mr. Connelly has over 18 years of experience as a Chief Executive Officer and in starting, financing, building and leading innovative biotechnology companies.

“We are exceedingly pleased to have both Steve and Bob join our Board of Directors,” said Frank Haluska, President and Chief Executive Officer of Anchiano Therapeutics. “As Chairman, Steve will be an important mentor to me and strategist to Anchiano, bringing his rich clinical insight, entrepreneurial spirit and far-reaching knowledge of the life sciences industry to the table. Bob, with his extensive history of serving on biotechnology company boards, will be a dynamic and perceptive contributing member to our board. The Anchiano team looks forward to the leadership and insight from two seasoned industry veterans.”

Dr. Hoffman said, “I am excited to be named Anchiano’s Board of Directors Chairman. I am enthusiastic about helping Frank and his team to make an anti-cancer therapy accessible for patients with high unmet needs.”

Mr. Connelly stated, “I am delighted to join the ranks of Anchiano’s accomplished board members. Anchiano has laid the groundwork in their clinical development plan for inodiftagene’s being tested in two separate patient populations, potentially providing a new clinical option to patients worldwide.”

Dr. Hoffman currently serves as Chief Executive Officer of Aerpio Pharmaceuticals, Inc., a public biopharmaceutical company focused on advancing first-in-class treatments for ocular diseases. Prior to that, he served as Senior Advisor of PDL BioPharma, Inc., where he focused on product acquisition and structured debt and royalty monetization opportunities. Dr. Hoffman played a major role in portfolio company development at Skyline Ventures, a venture capital firm, where he served as Managing Director, and as a General Partner at TVM Capital. Dr. Hoffman served as President, Chief Executive Officer and a Director of Allos Therapeutics, Inc. where he remained as Chairman until its acquisition by Spectrum Pharmaceuticals, Inc. Dr. Hoffman currently serves on the Board of Directors of Dicerna Pharmaceuticals, Inc., and AcelRx Pharmaceuticals, Inc. Dr. Hoffman completed a fellowship in clinical oncology and a residency and fellowship in dermatology, both at the University of Colorado. He holds a Ph.D. in chemistry from Northwestern University and an M.D. from the University of Colorado School of Medicine.

Mr. Connelly is a seasoned biotech executive having served in senior management roles, including CEO and Board member, for several biotechnology companies. Most recently, Mr. Connelly was a Venture Partner with Flagship Pioneering. During this same time, Mr. Connelly was Chief Executive Officer of Axcella Health, Inc., a clinical-stage therapeutics company developing endogenous modulators of metabolism to treat an array of serious diseases. Mr. Connelly was Chief Executive Officer of Pulmatrix, Inc., a pharmaceutical company developing inhaled drugs for respiratory diseases. Prior to Pulmatrix, he became founding Chief Executive Officer & first employee of Domantis, a UK-based biotech building a novel fully-human antibody fragment platform and pipeline. Mr. Connelly has served on the Board of Directors for WikiCell Designs, Kaliedo and Kintai, and has chaired the Board of Directors for Aero Designs. He received a B.S. in Business Administration from the University of Florida.