Shavit Capital completes $100M funding round for its fifth fund

Shavit works closely with most of the leading international investment banks that specialize in raising capital for Israeli companies. Shavit leads investment rounds ranging in size from $20 million to $60 million and its investments are also supported by leading financial institutions in Israel and around the world. Shavit's co-investors also support the fund's portfolio companies when they go public. 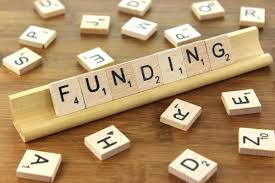 Shavit Capital announces the completion of a $100 million funding round for its fifth fund. Founded and managed by Gary Leibler, Shavit Capital has over $400 million under management in five funds and specializes in pre-IPO investments in leading technology companies with a special focus on the life science sectors.

Shavit Capital, which until now has focused on companies planning an IPO on Nasdaq, is expected to expand its activities to include companies nearing flotation in other markets, such as Europe, Canada, Australia and Hong Kong. Shavit works closely with most of the leading international investment banks that specialize in raising capital for Israeli companies. Shavit leads investment rounds ranging in size from $20 million to $60 million and its investments are also supported by leading financial institutions in Israel and around the world. Shavit's co-investors also support the fund's portfolio companies when they go public.

During the past year, Shavit has led several notable funding rounds, including a $40 million round for Gamida Cell, whose leading product was developed to renew bone-marrow cells and help cure bone-marrow cancer (myeloma). Gamida Cell has completed an IPO on Nasdaq in October 2018 and raised 50$ million. Leading shareholders such as Novartis participated in the IPO.

Shavit also led a $23 million funding round for Anchiano Tx (formerly BioCancell), a public company that develops solutions for bladder cancer and is traded on the Tel Aviv Stock Exchange. The company plans to carry out a dual listing on Nasdaq and raise capital during the next six months.

Currently, Shavit is leading several investment rounds, including a round for a security company that plans to go public in Australia, and a $40 million investment round for Syqe Medical, which is developing an advanced inhaler for medical cannabis.

Mapi Pharma, another Shavit portfolio company, raised $40 million from Mylan and other investors earlier this year, based on an estimated company value of $250 million. Mapi Pharma develops treatments for multiple sclerosis and other illnesses.

Shavit Capital's IPOs and exits include Foamix Pharmaceuticals, which is traded on Nasdaq and has raised more than $200 million from the public since its IPO in 2014, and Kamada, which has been traded on Nasdaq since 2013 and its 2017 revenues exceeded $100 million.

In the non-medical realm, Shavit invested in fintech company SuperDerivatives, which was sold in 2014 to ICE (Intercontinental Exchange) for $350 million. ICE operates the New York Stock Exchange and other large bourses around the world.

Shavit Capital was founded in 2007 by Gary Leibler, who serves as the firm's managing partner. Leibler established Shavit after he founded and managed AIG Orion Venture Capital Fund, whose investors included Microsoft, Comcast and the World Bank.

Along with Gary Leibler, Shavit Capital's partners are Leon Recanati, chairman and CEO of the private investment company GlenRock Israel; Jonathan Leibler; Gabriel Menaged; and Erez Yuval, who was recently appointed as partner. Roni Rosenheimer is Venture Partner in the fund.

The fund's investors include leading financial institutions from the United States, Asia and Israel, as well as owners and senior managers of leading investment banks and multibillion dollar hedge funds.