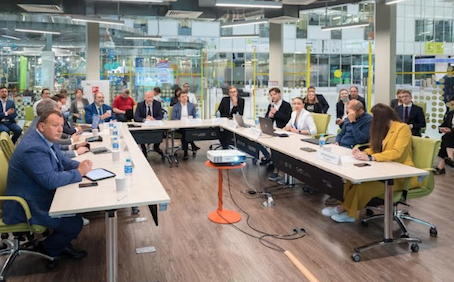 An important feature of the presented tool for predictive analysis of Real-World Data is its countrywide potential, and the ability to collect and analyze data on different patient cohorts. That in turn allows the estimation of the survival of a patient based on their individual parameters and performed or planned treatment, before being compared with the best treatment option for similar baseline data.

The company plans to expand the functionality of the platform, increase the database through partnerships with medical institutions, and scale up the system throughout the Russian Federation.

The event was preceded by Russian President’s Vladimir Putin signing Federal Law which established a regulatory sandbox for 7 digitally innovative projects. Data MATRIX was among the 7 projects that can operate within this legal regime.

Under the law, Data MATRIX can process personal data derived from electronic healthcare records (EHRs) in an anonymized form. The company will be able to conduct retrospective clinical studies without signing informed consent and obtain anonymized data from healthcare facilities and data integrators.

As a result, pharmaceutical and biotech companies will have a legally compliant provider of Real-world data (RWD) derived from millions of EHRs. This will contribute to the overall knowledge base on drugs efficacy and safety, including those of vaccines.