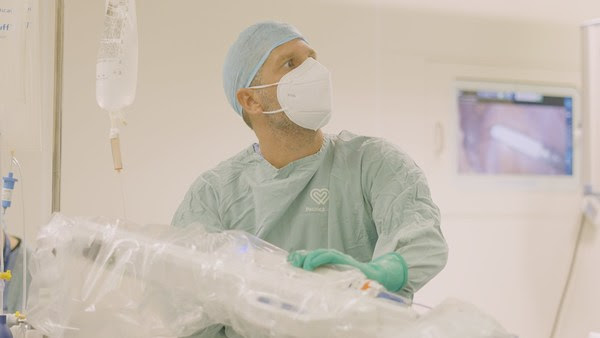 The first clinical procedures with the Hugo system took place in Santiago, Chile. That marked the beginning of the Hugo RAS system patient registry, which is collecting clinical data to support regulatory submissions around the world.

The Hugo RAS system is not cleared or approved in the U.S. or Europe. Regulatory requirements of individual countries and regions will determine availability and approval or clearance timelines. Touch Surgery Enterprise is available in the U.S. and Europe; it is not intended to direct surgery or aid in the diagnosis or treatment of a disease or condition.