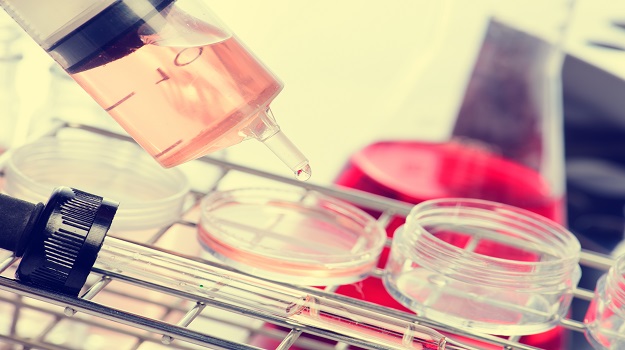 Ubiquigent Limited (Ubiquigent) announced today the launch of an exciting new service as part of its Drug Discovery Screening Platform – DUBprofiler-Cell™.
DUBprofiler-Cell™ supports the development of novel deubiquitylase (DUB) enzyme inhibitors by revealing the ‘active DUBome’ in a given cell-line or tissue (e.g. non-diseased and diseased), and by reporting the target engagement of test compounds to that ‘active DUBome’.
The DUBprofiler-Cell™ assay utilises activity-based probes to capture active DUBs (i.e. DUBs with reactive catalytic site cysteine residues) within a cell-line or tissue. By pre-incubating lysates or live cells with test compounds, the assay can be used to evaluate target engagement by compounds. This powerful approach allows proteins to be assayed under physiological conditions (e.g. use of a relevant cell line or tissue; proteins at endogenous expression levels and with a natural assembly and modification status) and is a valuable complementary method to build upon data from our comprehensive in vitro DUBprofiler™ service utilising recombinant DUB enzymes. Proof of concept validation of the assay has been demonstrated using potent covalent or non-covalent mechanisms of action selective inhibitors of USP7 or USP30; targets of significant interest in oncology and neurodegeneration, respectively. Other DUBs can be targeted using DUBprofiler-Cell™ as required.
DUBprofiler-Cell™ marks Ubiquigent’s first assay service that incorporates the use of mass spectrometry (MS) to enable an unbiased readout of cellular compound-target engagement, with further new assays planned for launch later this year. The multiplexing capability of MS for protein identification and quantification reports compound engagement with respect to all members of the target class in one experiment and permits compound-target engagement EC50 values to be determined for all detected DUBs.
DUBprofiler-Cell™ can be accessed on a fees-for service basis as part of its Drug Discovery Screening Platform or via its Collaborative Drug Discovery programmes.