The discovery can be a tool to make earlier and better disease predictions, reduce disease progression and improve patient outcomes 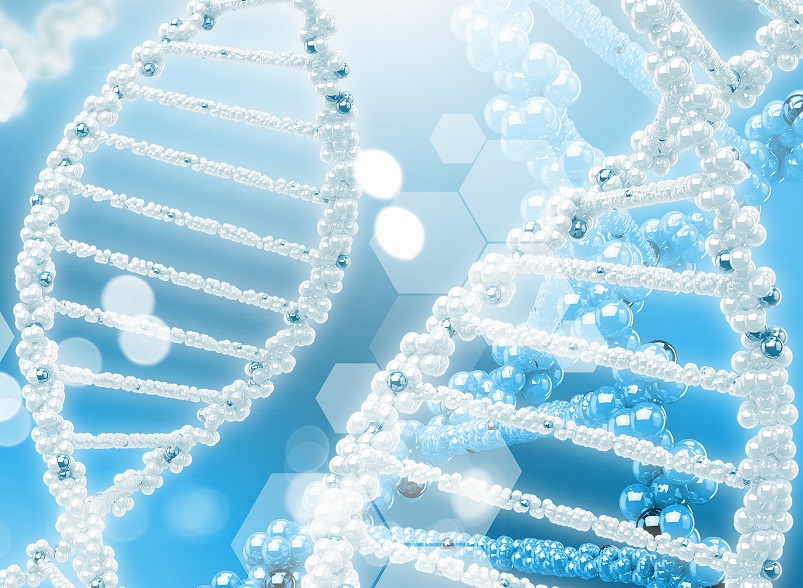 A research team led by Queen’s University Belfast has made a breakthrough discovery around how and why only certain DNA elements are chosen to regulate gene expression within the vast genome and how this predisposes us to diseases.  This new information could help predict a person’s risk for various diseases, such as cancer, diabetes and heart disease, and could lead to earlier diagnosis before signs and symptoms of the disease appear.

The research results have been published in the interdisciplinary journal iScience.

Many diseases occur when things go wrong within a cell or set of cells within the body. Previous research has determined that many of these diseases result from mutations on a certain part of the DNA strand, known as an “enhancer”. Enhancers function as a "turn on" switch in gene expression and activate the promoter region of a particular gene.  This means certain genetic traits can be “turned on” or “turned off” which in turn shapes a person’s early development and lifetime health including their chance of developing a certain disease.

The researchers discovered that enhancer DNA elements exhibit high Propeller Twist (ProT) levels, which is the angle of twisting of two neighbouring DNA bases about their long axis like the propeller blades of an aeroplane.

The research team are the first to discover that because of high ProT levels, the surface of these enhancer sections on the DNA strands are more physically accessible and flexible than its counterparts, thus allowing easier access for DNA binding regulatory proteins. The same properties potentially make these enhancer regions more prone to be affected by mutagenic agents to harm cells and cause certain diseases, such as cancer.

Dr Vijay Tiwari, Reader at Wellcome-Wolfson Institute for Experimental Medicine at Queen’s University Belfast and lead author on the paper said: “These findings answer many fundamental biological questions around the function of DNA in health and disease."

Dr Tiwari explains: “It is important to understand how a healthy cell develops to be able to decode what goes wrong in diseases. Our study is the first of its kind to provide insight into the role physical DNA features play in the proper development of specific cell types of the body and how their malfunctions may underlie diseases.”

Remarkably, the researchers also discovered that as cells become abnormal, they switch to using low ProT regions as enhancer elements. These observations open novel avenues to understand the aetiology of human diseases and potentially develop an early diagnosis.

Commenting on his findings, Dr Tiwari continues: “This could mean we could look at the enhancer section of DNA in any cell of a healthy person and predict their chance of developing disease long before signs and symptoms appear. This could result in many lives being saved as we can use this tool to make earlier and better disease predictions, reduce disease progression and improve patient outcomes.”

The classical methods to identify enhancers have been cumbersome.  These new findings argue that high ProT levels are a deterministic feature of enhancers. Hence, the researchers hope this discovery will also save resources and time for scientists across the globe in identifying these gene regulatory elements critical in normal as well as diseased states.

The research was carried out in collaboration with researchers from the Ludwig Maximilian University of Munich in Germany.