Under the agreement, Lilly gains non-exclusive commercial rights for application of the technology to the development of proprietary products. 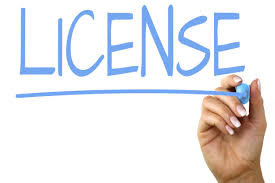 ProteoNic Biotechnology BV has announced that it licensed its 2G UNic technology for boosting recombinant protein production to Eli Lilly and Company.

Under the agreement, Lilly gains non-exclusive commercial rights for application of the technology to the development of proprietary products. Financial details of the agreement were not disclosed.

ProteoNic’s mammalian protein expression technology is designed to improve recombinant cell line production levels across a range of host cells, selection systems and protein targets. It increases transcription and translation rates via the combined effect of novel genetic elements, which together exert a powerful positive effect on recombinant protein production levels as well as on stability of expression. ProteoNic’s 2G UNic can be combined with other technologies to improve their performance.

Frank Pieper, CEO of ProteoNic, states that 2G UNic technology can be instrumental in achieving the highest possible production levels and contribute to the economically viable production of both innovator and biosimilar products. ProteoNic will continue to work to reach maximum potential of the production of biologicals for current and future clients.

ProteoNic is a privately held company with offices in Leiden, the Netherlands and Boston, USA. The company offers technology and services for the generation of cell lines with greatly improved biologics production characteristics, including production levels and stability. The company commercializes its proprietary 2G UNic technology through licensing and partnership arrangements.