Ryan previously worked with Foundation Medicine, where he served as chief financial officer 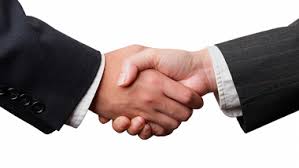 US based clinical-stage biotechnology company Magenta Therapeutics has announced that it has strengthened its executive team with the appointment of Jason Ryan as Chief Operating and Financial Officer, effective January 1, 2019.

Jason Gardner, chief executive officer and president, Magenta Therapeutics said, “We are delighted to welcome Jason to Magenta at such an important time for the Company. As we grow as a public company and advance our portfolio, Jason’s depth of experience in capital creation and allocation, operations and finance, and commercial planning will nicely complement the skills of our existing team and position us well to bring our first-in-class therapies to patients as efficiently and effectively as possible. I am looking forward to working closely with Jason in this high-impact role for our business.”

Ryan previously worked with Foundation Medicine, where he served as chief financial officer. During his tenure at Foundation, he helped lead the company from early stage proof of concept to a global commercial organization.

He was responsible for long-range planning and capital formation, and he played a key role in the company’s relationship with, and sale to, Roche in July 2018. He also worked closely with the company’s commercial leadership through several product launches and was deeply involved in Medicare and commercial payer reimbursement strategy and execution.

Prior to that, he held management positions for Taligen Therapeutics, Codon Devices and Genomics Collaborative, and began his career at Deloitte & Touche.

Ryan holds a B.S. in economics from Bates College and an M.B.A. from Babson College.