Work led by Orthopaedic Research Society members Gurpreet Baht and Benjamin Alman at Duke University has shown that exposure of old mice to circulation of young mice leads to improvements in bone healing. 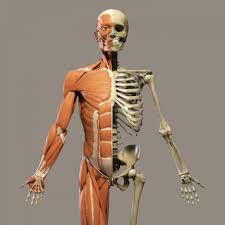 Singapore – Repair and regeneration capacity of skeletal tissues diminishes with age, often leading to delayed or impaired fracture healing. While the cause of diminished healing capacity is probably driven by a concert of many factors, evidence suggests that aged cells retain the capacity for repair when provided the proper signals. Work led by Orthopaedic Research Society members Gurpreet Baht and Benjamin Alman at Duke University has shown that exposure of old mice to circulation of young mice leads to improvements in bone healing, attributed in part to increased osteoblast differentiation in response to signals provided by young circulation.

Baht and colleagues have determined that M2 macrophages, a macrophage phenotype associated with repair and reduction of inflammation, are important in fracture healing. Through mass spectrometry studies, a list of 'youth factors' and 'aging factors' associated with M2 macrophages were identified. One of the factors, low-density lipoprotein receptor-related protein 1 (LRP1), stood out as a potential candidate to improve fracture repair. LRP1 is a Wnt antagonist that decreases with age and has been implicated in Alzheimer's disease (AD), cardiovascular disease, and cancer. Interestingly, in all three of those diseases, age-related reduction in LRP1 leads to reduced clearance of particular molecules associated with the disease states (e.g. reduced clearance of amyloid-beta proteins in AD).

While further investigation is still required to elucidate the specific role of LRP1 in bone healing, the evidence that LRP1 appears to attenuate tissue repair in aged individuals is noteworthy. When asked about the work Baht noted, "This finding presents exciting possibilities in future discovery of pharmacologic agents able to enhance fracture healing. Currently, we are identifying the biological changes which occur in response to treatment of aged animals with LRP1 protein. We hope to better understand the effects of such a treatment so that we can move such a system closer to a treatment strategy."