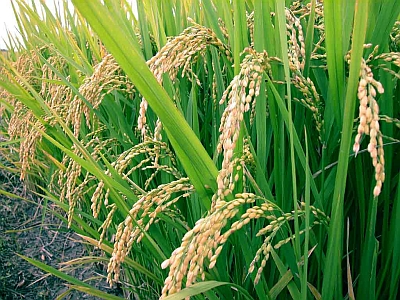 Singapore: A new variety of glutinuous rice with resistance to both blast and bacterial blight has been developed by Rice Gene Discovery Unit, BIOTEC, and other institutes such as Kasetsart University, the Rice Department, and Rajamangala University of Technology Lanna (RMUTL) as part of a long-term collaborative project. The rice was introduced to the public for the first time at the 2nd National Conference on Rice in December 2012.

The new improved variety was achieved through marker-assisted selection technology. The research team previously released blast-resistant glutinous rice and submergence-tolerant varieties for rainfed lowland and irrigated land. It also features other key charracteristics such as strong stem and 130 cm in height.

It provides an average yield of 4.38-5 tonnes per hectare (700-800 kg/rai). The grain and cooking quality of the new rice is as good as RD6 (the well-known glutinous jasmine rice). This new rice is cultivated in Nan, Chiang Mai, Chiang Rai and Lampang provinces.