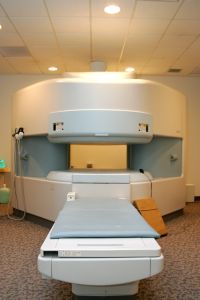 Singapore: Global Industry Analysts (GIA) announces the release of a comprehensive global report on 3D medical imaging markets.3D imaging represents an advanced technology in the area of medical imaging. The technology has been witnessing increasing popularity and adoption due to benefits offered such as faster and accurate diagnosis. Growth in the market is also being driven by increasing use of the technology in novel areas such as obstetrics/gynecology, cardiology and dentistry. Technological advancements, over the years, such as integration of medical systems with PACS and telesurgery have propelled demand for 3D imaging among surgeons and radiologists. Development of 3D imaging technology that help in glasses-free image visualization is also expected to drive the popularity of 3D medical imaging further in the coming years.

As stated by the new market research report on 3D medical imaging, the US represents the largest market worldwide. Asia-Pacific is forecast to emerge as the fastest growing market with a projected CAGR of 13 percent over the analysis period. Growth in the region is particularly expected to be driven by increasing adoption in China and India, where focus on healthcare and government spending is on the rise. The dominance of China is mainly attributable to the increasing number of hospitals and diagnostic centers, growing awareness over advanced healthcare technologies, strong economic growth, and healthcare reforms.

MRI and CT represents the largest market segment in the global 3D medical imaging market. Aging population, shift from X-ray and CT due to radiation concerns, and continuous advancements in image quality are expected to drive demand for 3D MRI. Growth is also expected to be spearheaded by the ultrasound segment. 3D ultrasound imaging provides advantages such as low cost, and radiation as compared to the other imaging modalities. 3D ultrasound imaging is expected to witness increased adoption in the field of oncology, cardiology and emergency medicine.