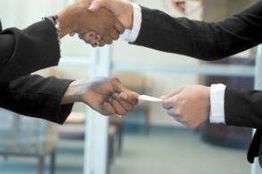 The initial research collaboration discussion focused on the topic of functional nanomaterials for various applications between NRI and Nanotec. In addition, the two institutes also discussed the possibility of organizing regular joint technical seminars to be held in both Thailand and Japan.

Prof Sirirurg said that, "The signing marks a steadily growing friendship between our two institutes. It is important for researchers of our two leading centers to work together not only for the development of their own organizations, but also to contribute to the development of the societies. It is our hope that collaboration would be further strengthened in the future."

Both Nanotec and NRI have informally collaborated in various programs in the past. The LoI signing marks the first formal initiative between the two agencies under the umbrella memorandum of understanding (MoU) between Thailand's National Science and Technology Development Agency (NSTDA) and Japan's AIST, which was signed in 2009 in Bangkok.