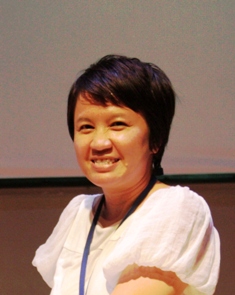 Dr Chamorn Chawengkijwanich, a member of NANOTEC, was part of the project

Singapore: Researchers in Thailand are looking at ways to treat air pollutants, such as benzene, toluene, ethylbenzene and xylene (BTEX), under visible light to address the growing concerns on environmental damage and impact on health from volatile organic compounds.

"We decided against using titanium dioxide (TiO2) photocatalyst in our study despite the fact that TiO2 is considered to have good chemical stability, is relatively low priced, and has no toxicity. We have opted for silver doped titanium dioxide (Ag/TiO2) photocatalyst, which is more efficient in visible-light region," said Dr Chamorn Chawengkijwanich, a research team member from NANOTEC. "The idea to use powdered photocatalyst thin film on plastic is because there is very limited study on this development."

The researchers reported their work in a paper published by Materials Science Forum.

King Mongkut's University of Technology Thonburi, Center for Energy Technology and Environment (Ministry of Education), and National Nanotechnology Center (NANOTEC) were collaborators in the project.