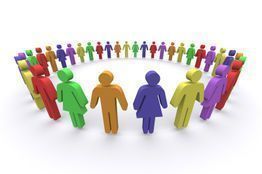 Singapore: Bio Taiwan 2013, Taiwan's largest annual biotech event, which is to be held at TWTC Nangang Exhibition Center in Taipei from July 17-21, 2013, has already garnered unprecedented response in terms of exhibitor registrations. Witnessing a six-fold increase over last year, the event has already seen registrations from 1,200 exhibitors and is expecting over 600 cases of one-on-one partnership.

The event will see participation from not only leading international and Taiwan firms, all six biotech industrial parks in China, and major Japanese biotech venture capital funds; but also from key global pharmaceutical firms such as GlaxoSmithKline (GSK), who has announced its plan to perform clinical trials in Taiwan. In addition, delegates from the US, Japan, Australia, and New Zealand will also participate in Bio Taiwan 2013, seeking all forms of business cooperation.

The unprecedented response towards Bio Taiwan 2013 confirms to Taiwan's rising status as a key biotech hub. In spite of the global financial slump that dealt a serious blow to financial markets the world over, Asia has emerged as a particularly bright spot, with Taiwan playing a crucial role leveraging its close links to the biotech industries of China and other countries. Market capitalization of Taiwan's biotech sector has grown over 5.2 times over the last four years, jumping from $3 billion in 2009-to-$15 billion in 2013. Taiwan's close association with China has given a boost to former's biotech industry.

Dr Johnsee Lee, chairman, Taiwan Biotech Center and director general, Taiwan Biotech Industry Association, which organizes Bio Taiwan 2013, said that, "The ties across Taiwan Strait has more than doubled the market space and business scope of Taiwan's bio-medical firms. Homogeneous lifestyle and pathological patterns on both sides makes it one single market in a biological sense."

Dr Lee said, "Taiwan's biotech sector has gone through its decade of embryonic growth, accomplishing strong footholds in biotech, pharmaceutics, medical treatments, and food sectors owing to its R&D and manufacturing capabilities and its vibrant capital market. Recognizing Taiwan's strength, many international players, notably from Japan and China, have shown high level of interests in collaborating with Taiwan for entry into international markets."