New mechanisms found in plants to adapt to light, water 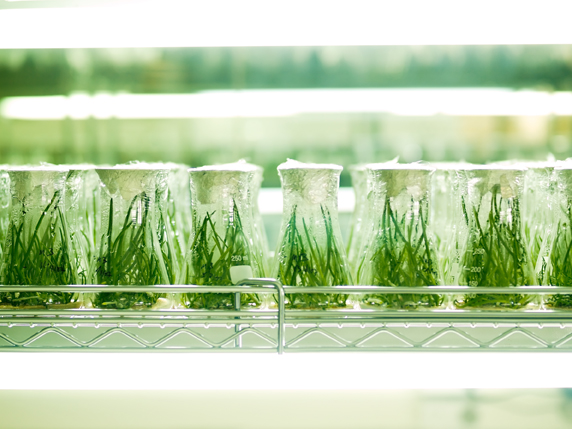 According to study, a new enzyme, phycourobilin synthase, can synthesize an alternative chromophore to regulate phytochrome activity

Singapore: Researchers at the Institute of Plant and Microbial Biology in Taiwan have reported new mechanisms by which plants detect and adapt to changes in light and water abundance, two key environmental factors controlling plant growth. The laboratories of Dr Shih-Long Tu and Dr Paul Verslues, both assistant research fellows at the institute, published their studies in the Proceedings of the National Academy of Sciences (PNAS) in May.

Dr Shih-Long Tu reported that a new enzyme named phycourobilin synthase (PUBS) can synthesize an alternative chromophore (a compound that absorbs light) to regulate phytochrome (a photoreceptor that binds the chromophore to sense light) activity. The group of Dr Paul Verslues reported variation in levels of proline, a stress-protective compound, and production of a non-functional RNA encoding the proline synthesis enzyme P5CS1 that are associated with adaptation to different environments.

Phytochromes, the main photoreceptors that detect light and mediate changes in plant growth to match light conditions, require a chromophore cofactor to fully function. In most plants, phytochromobilin synthase (HY2) is a key enzyme producing the chromophore for phytochromes. In the moss Physcomitrella patens, Dr Tu's laboratory identified a new second enzyme, which they named PUBS, that can synthesize an alternative chromophore to regulate phytochrome activity.

PUBS can only be found in green algae, mosses, and lycophytes, suggesting that this enzyme was important evolutionarily for green plants to adapt to light-rich environments. Dr Tu's team identified phytochrome-regulated genes in Physcomitrella. These results reveal that moss phytochromes efficiently re-program gene expression for phototrophic growth in the light.

This approach allows, for the first time, a global view of phytochrome-mediated gene regulation in nonvascular plants. These new findings can be applied to agriculture, to modulate crop growth and development using light.

The laboratory of Dr Paul Verslues is working on plant responses to limited water supply during drought. Many plants accumulate large quantities of proline during drought; however, the adaptive value of proline has remained unclear. The Verslues laboratory, along with collaborators at the University of Texas, found that different types of Arabidopsis plant varied ten-fold in drought-responsive proline accumulation. Some of this variation was accounted for by high levels of a non-functional RNA produced by the gene encoding the proline synthesis enzyme 1-pyrroline-5-carboxylate synthetase1 (P5CS1).

Arabidopsis types having high levels of the non-functional P5CS1 RNA shared the same set of genetic changes that promoted alternative RNA splicing of P5CS1. These data demonstrated a novel source of RNA splicing variation in plants and correlation of P5CS1 variation with climate data indicated a role of P5CS1 and proline synthesis in adaptation to environments differing in water availability and temperature.

The results have implications in drought-adaptation and in how proline metabolism may be best targeted in biotechnology efforts to improve drought tolerance of crop plants.