The strip test yields result in 10 to 15 minutes 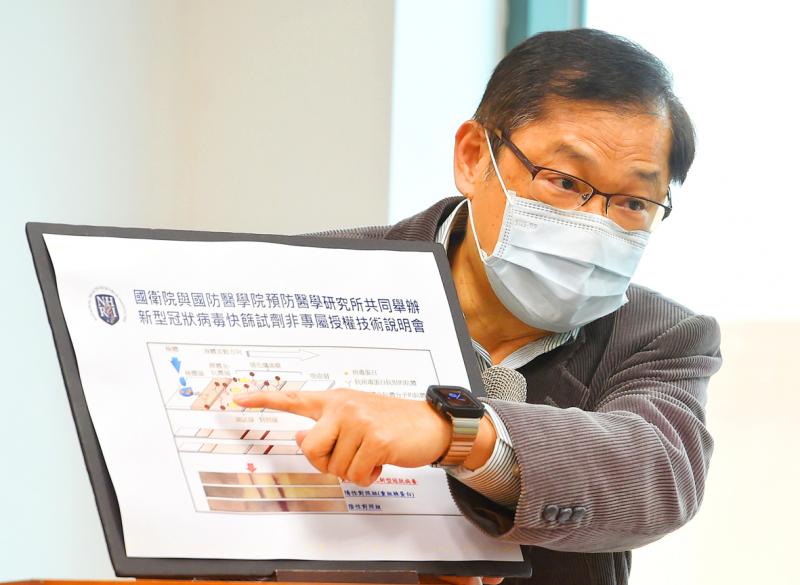 The National Health Research Institutes (NHRI) in Taiwan announced on 2 April 2020 that it has successfully developed a rapid diagnostic test for the COVID-19, promising results within 10 to 15 minutes.

Based on findings from previous studies on the SARS epidemic, the NHRI  in collaboration with the National Defense Medical Center discovered that SARS antigens could also be used to test for the coronavirus, reported.

The NHRI and the center’s Institute of Preventive Medicine used SARS-CoV antibodies produced during the SARS outbreak in 2003 and picked out one that can identify SARS-CoV-2, which causes COVID-19, to develop the rapid test kit.

The test works by placing a specimen taken from the mouth or nose onto a test strip, which siphons the specimen toward the antibodies on the strip, NHRI National Institute of Infectious Disease and Vaccinology Director Liao Ching-len said. The secretions placed in a test kit containing coronavirus antibodies cling to the virus.

As researchers have identified the coronavirus’ spike protein, if the specimen contains SARS-CoV-2, the spike protein would be caught by the antibody and two lines would appear on the test strip, indicating a positive result. The result is interpreted similarly to the pregnancy test; one line means negative and two lines mean positive.

The prototype is not meant to replace the real-time reverse transcription-polymerase chain reaction test, which is currently being used for diagnosis, he said, adding that they hope the rapid test will be used as a complementary measure to allow hospitals to screen patients rapidly and sort them, Liao added.

The nasal swab test would be less costly to produce than a nucleic acid test and could be widely used at clinics and hospitals for a quick diagnosis. This would contribute to early intervention and prompt quarantine measures before suspected patients’ symptoms get worse while reducing the risk of additional infections, NHRI Vice President Sytwu Huey-kang stated.

The diagnostic test still needs to undergo multiple screening to ensure accuracy and to be ready for clinical use. The institute is convening a tender settlement meeting to select interested companies for trial mass production of the kits, Sytwu concluded.

NHRI President Liang Kung-yee said that the Food and Drug Administration has also launched a scheme, which grants permission for clinical trials and mass production at the same time, to shorten the duration required for a product to hit the market. If the procedures go smoothly, the test kit could be out in three months, Liang said.