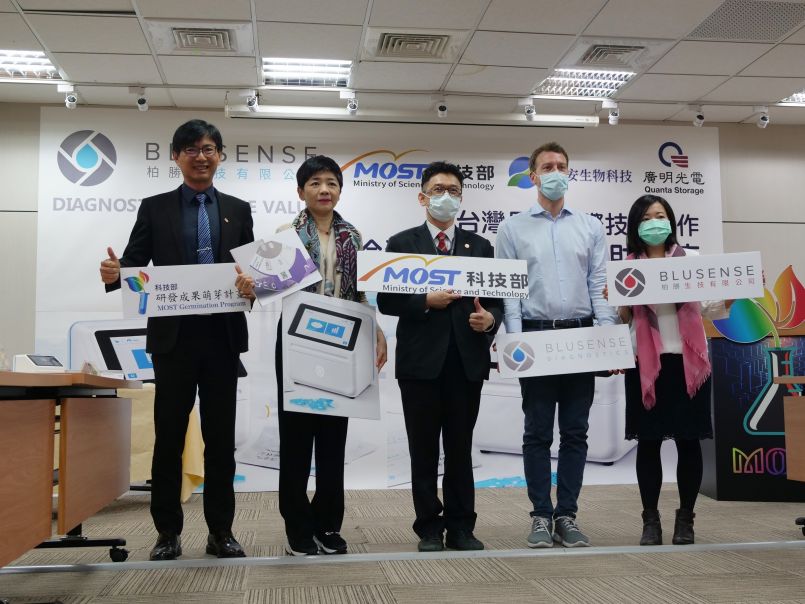 Photo credit: Ministry of Science and Technology (MOST), Taiwan

The test kit has 90 per cent sensitivity rate and can detect the virus in only 12 minutes from a single drop of blood, the MOST said. It can be used to diagnose asymptomatic cases and determine whether it is safe to release a COVID-19 patient from the hospital.

Clinical trials were carried out with promising results in the first week of April at Hvidovre Hospital, the second-largest medical center in Denmark. Additional testing will be conducted in hospitals in Italy over the following week, with the kit estimated to receive EU certification in May.

The startup’s efforts were made possible in part by subsidies from the MOST’s Germination Program, which was launched in 2011 with the goal of encouraging investment in new technologies.

BluSense Diagnostics, established in 2014, combines Taiwan’s ICT know-how with Denmark’s bioengineering expertise. The company’s biotech research center is located in Copenhagen, while its hub for equipment production and hardware and software development is in Taoyuan.