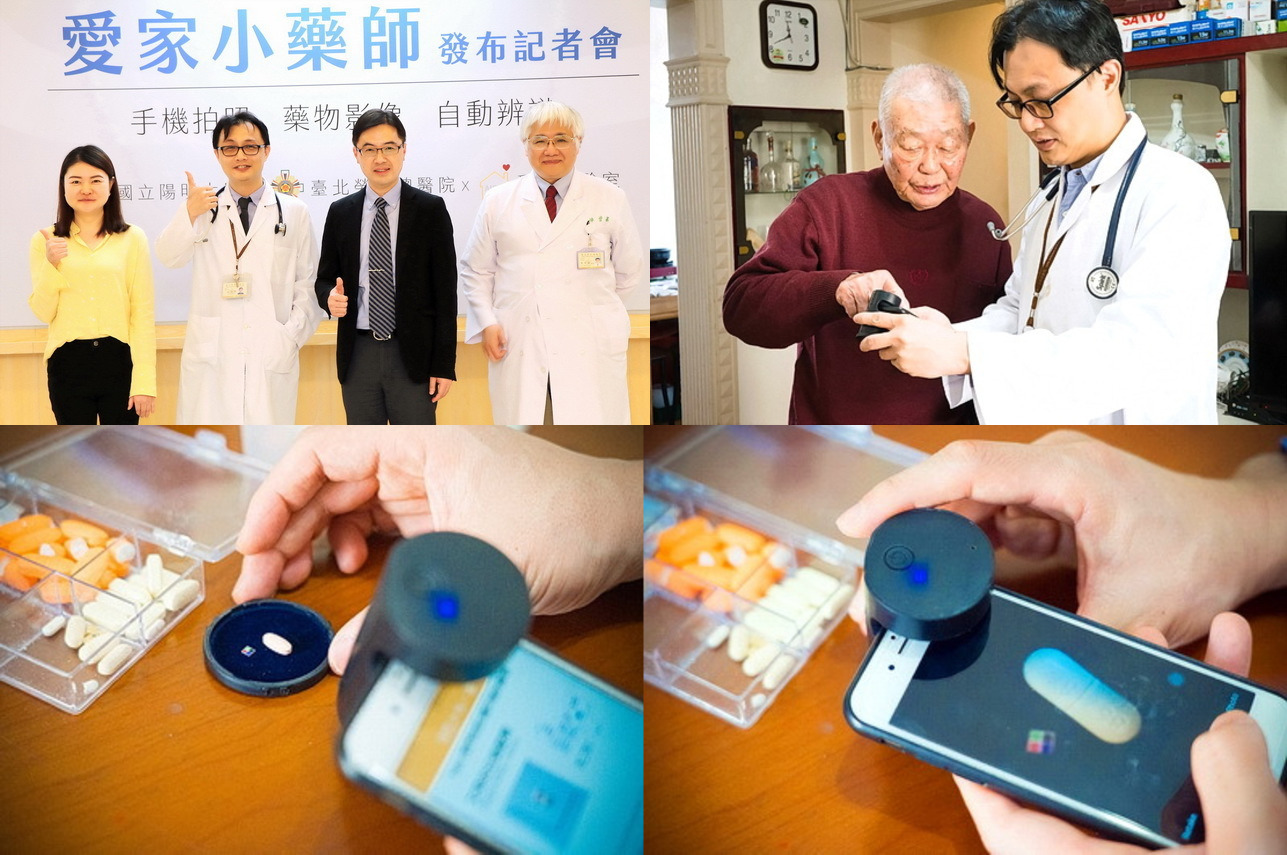 A recent study showed that older elderly people consume medicines on an average of 7.3 drugs per day. A wrong drug taken affects the curative effect and harms life. Associate Professor of Medicine at National Yang Ming University, Taiwan, Dr Yu-Chun Chen developed a novel mobile phone drug image recognition system - "AIGIA Pharmacist". Professor, who is also a general physician at Taipei Veterans General Hospital, mentioned that the consumers and health care assistants can now identify the medicine at home by just clicking a photo with their own mobile phone.

According to the survey in Taiwan, there are about 500,000 elderly people over the age of 65, who suffer from multiple chronic diseases and needs long-term care. However, for convenience many of their drugs are provided in kit form for easy recognition; yet, elderly have problems with memorizing the prescription of each drug and recognising similar looking pills/capsules. The small size of the pills, similar colour and the names of the drugs are easily confused by the elderly. Additionally, it could also lead to repeated consumption of same medicine leading to adverse health effects.

Prof Yu-Chun Chen has been involved in community home care services for many years. He explained the need for this novel system from his earlier experiences with elderly patients who consumed wrongly or overdosed routine medications. He described the complications raised in a patient who consumed anti-flatulence medicine and the prostate medicine in an inappropriate manner due to the similarity in colour and shape of the pills.

He further summarized the major problems associated with the pill recognition by patients in Taiwan such as; Destruction of the original packaging of the drugs, the patient’s stocking multiple drugs at home from different sources, difficulty in understanding the Chinese script on the drug wrapper by a foreign patient and nurses.

The complications of the problem have been extensively studied by professor and his team for 3 extensive years which lead to the development of mobile phone app "AIGIA Pharmacist" system. The smartphone mobile camera can be used to photograph with the drug imaging device MedBox. All they have to do is connect the device to their phones, put the drug into the device, and turn on the app.

Through the cloud computing, intelligent comparison of drug appearance is done which quickly identifies a particular drug and displays drug composition, indications, usage, characteristics, special warnings, and other information. In order to facilitate more and more foreign home caregivers in Taiwan, the system also has a multi-lingual environment that can display English, Indonesian, Vietnamese and Malay.

Prof Yu-Chun Chen has focused on simplicity and easy to use criteria of the device and is made to use in nearly three characteristics of the drug. The MedBox imaging device overcomes the problems of flashing and colour shift caused by different environments so that the average mobile phone can accurately shoot the pills. At present, the cloud database has already collected 400 kinds of drugs and more than 8,000 images, and the recognition rate is over 95%, and it has also obtained Taiwan patents. Current test results of the Taipei Veterans General Hospital says, "AIGIA Pharmacist" allows home doctors and nurses to accurately identify 90% of household medicines by their appearance, with a correct drug use rate of 95%.

Highlighting the side effects of wrong medication and drug cross-reactions, Prof Yu-Chun Chen said that the mobile phone wisdom home medical treatment, "AIGIA Pharmacist" makes the right availability of medicine to patients at home. He added that with the usage of the system, now physicians are able to identify drugs faster, more accurately, and better, ensuring the safety of the patients. Reporting to Biospectrum he said: “In addition to drug recognition and communication tool, our system also provided administrative tools to keep drug information updated.”