In this study, a total of 144 subjects were enrolled and received a minimum of one dose of the study drug (ITT population), and 132 subjects received 2 doses without major protocol violations that would affect the primary efficacy endpoint (per-protocol population (PP)). 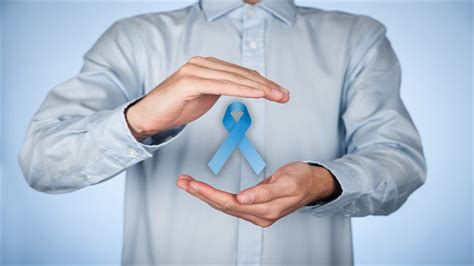 Foresee Pharmaceuticals, a Taiwan and US-based biopharmaceutical company listed on the Taipei Exchange has announced that the topline results of FP-001 LMIS (Leuprolide Mesylate Injectable Suspension) 25 mg phase 3 clinical trial, an open-label, single-arm study in subjects with Prostate Carcinoma. LMIS 25 mg is a 3-month depot injection. The primary efficacy end point was achieved in 97.9% of subjects.

The primary efficacy end point is the percentage of subjects with suppression of serum testosterone (≤ 50 ng/dl) by day 28 and from day 28 to day 168 in the intent-to-treat (ITT) population. The targeted efficacy end point was that the lower limit of the 2-sided 95% confidence interval (CI) for suppression to be >90%.

In this study, a total of 144 subjects were enrolled and received a minimum of one dose of the study drug (ITT population), and 132 subjects received 2 doses without major protocol violations that would affect the primary efficacy endpoint (per-protocol population (PP)). Based on ITT population, the 95% CI from Kaplan-Meier estimates was (93.5%, 99.3%). By day 28, mean testosterone concentration was suppressed below castrate levels to 17.8 ng/dL, the suppression rate was 98.6% (141 out of 143 subjects achieved medical castration). No mean increase in testosterone was observed after the second injection. Three subjects did not achieve successful suppression of testosterone by the primary efficacy end point analysis, of which two did not achieve castration level on day 28, and one showed transient testosterone escape after the second injection.

These data are similar to those of LMIS 50 mg (6-month formulation) and other marketed LH-RH agonists in the same patient population.

"We are very excited about the successful topline results of FP-001 LMIS 25 mg, which put us in a very strong position as we prepare regulatory submissions for both LMIS 50 mg and LMIS 25 mg in the US, EU, Taiwan and other key jurisdictions and maximize the value of a highly promising program," said Dr. Ben Chien, Founder and Executive Chairman of Foresee, "We are very confident in our ability to maximize the commercial success of our FP-001 LMIS franchise with its differentiated ready-to-use profile, leveraging the commercial strength of our partners, particularly our recently announced partner Accord Healthcare. Our focus moving forward, in addition to the regulatory submissions, will be to enter into a partnership for the US market in the near future and also seek partnerships for Japan, Taiwan and mainland China."

Foresee's product portfolio includes late stage and early stage programs such as FP-001, 6-month and 3-month, stable, ready-to-use versions of leuprolide mesylate depot for injection, for which regulatory submissions are planned in 2019; FP-025, a highly selective oral MMP-12 inhibitor targeting inflammatory and fibrotic diseases, currently in a Phase 2 proof-of-concept study; FP-045, a highly selective oral small molecule allosteric activator of ALDH2, a mitochondrial enzyme, for which a Phase 1b/2 study is currently in planning (Fanconi Anemia; mitochondrial-mediated diseases); and FP-004, a novel, subcutaneously injectable depot product in development for the treatment of opioid use disorder and pain