It allows hospitals/clinics to have a 3D visualization surgery with a minimized equipment transition cost. 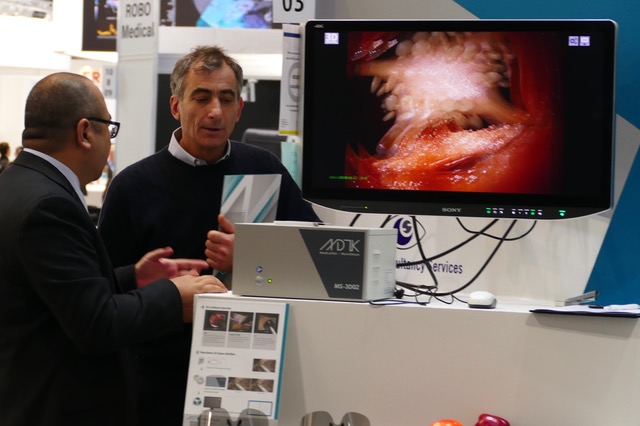 3D visualization provides a better image to Minimally Invasive Surgery (MIS) with depth perception. Even better solution, according to MedicalTek, is that the 3D image with adjustable disparity, which provides the customized 3D effects to serve the very different eye movement and visual perception of each surgeon at very different operating environments. Its newly developed MonoStereo 3D is a fusion of advanced 3D technology.

It allows hospitals/clinics to have a 3D visualization surgery with a minimized equipment transition cost. Due to the compatibility, MonoStereo® functions well with hundreds of rigid, flexible and others endoscopes, there is both no need to buy the new ones, nor to throw pre-existing endoscope, camera, and monitor away. It is a seamless connection, without any workflow change during the surgery, according to MedicalTek.

“It is a valuable aid in situations at risk of complications,” Said Dr Wayne Huang, Dean, IRCAD Taiwan, the top MIS training centre in Asia. It significantly overcomes the frequent complaints of surgeons of eye fatigue, dizzy about 3D surgical image system due to the adjustable 3D effects, he added.

MonoStereo® 3D is a software based system. It is not only gives the freedom to surgeons to switch images from 2D to 3D, but switch the 3D effect with 5 level disparity respectively either by hands or by feet. It enables critical anatomical views in 2D and 3D with free to choice disparity that are simply not possible with traditional MIS, explained Kathy Wang, Manager-International Affairs, MedicalTek.

Till now over 120 MIS surgeries with MonoStereo® 3D endoscope visualization system have been performed by surgeons in ENT, Urology, GI, GS, GYNE, and VATs in a year. The product is now commercially available.

A very important benefit of the MonoStereo 3D is that it integrates the benefits of 2D and 3D function, provides an advanced 3D endoscope image for better endoscopic surgery.

“It is the first 3D image system which provides depth perception and spatial view of anatomy, however the 2D function like zooming and rotating are reserved at the same time.” Said Dr. Kai-Che Liu, CEO, MeidcalTek. “It is both Mono and Stereo. You may keep 2D, see 3D.” Dr. Liu explained further.

Since 2017, this advanced 3D image technology has earned positive feedback and high satisfaction among surgeons at SAGES (Society of American Gastrointestinal and Endoscopic Surgeons) annual meetings. Either 3D image display, comfortable 3D vision, or detail perception on tissues and organs were highly acknowledged by a pilot clinic trail.

MedicalTek has close network with IRCAD, a world class minimally invasive surgery training centre. After years of extensive study from dozens international endoscopic experts and 7000 surgeons from 60 countries in Taiwan and France, a software based MonoStereo 3D endoscope visualization system was launched.