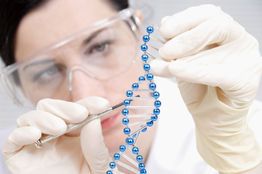 The new findings demonstrate that the RNA does not produce a protein to handle the regulatory process. Instead, it acts directly as a regulatory mechanism.

Singapore: Scientists at A*Star's Genome Institute of Singapore (GIS) have discovered an unusual gene that controls the generation of neurons. This important finding, which is crucial in understanding serious diseases of the brain such as Alzheimer's disease, was published in the August issue of Molecular Cell.

The central nervous system is composed of numerous cell types that develop into a complex, higher-ordered structure. The birth of neurons (known as neurogenesis) is a process that requires exquisite temporal and spatial control of hundreds of genes. The expression of these genes is controlled by regulatory networks, usually involving proteins, which play critical roles in establishing and maintaining the nervous system. Problems with neurogenesis are the basis of many neurological disorders, and the understanding of the molecular details of neurogenesis is therefore crucial for developing treatments of serious diseases.

Researchers at the GIS, led by principal investigator Prof Lawrence Stanton, discovered a key component within a gene regulatory network which controls the birth of new neurons, called RMST. Surprisingly, this new discovery is not a protein. Rather, RMST is an atypical, long non-coding RNA (LncRNA). The new findings demonstrate that the RNA does not produce a protein to handle the regulatory process. Instead, it acts directly as a regulatory mechanism. LncRNAs are a newly discovered class of RNA whose functions remain mostly unknown.

Prof Lawrence Stanton said, "There is now great excitement about the revelation that RNA is more than just a messenger carrying genetic information that encodes for proteins. New classes of RNA, called long non-coding RNAs (lncRNA), have been discovered, which are capable of unanticipated functional diversity. However, systematic functional investigations of exactly what, and how, lncRNAs do in our cells remain scant. Our study paves the way for understanding a crucial role played by a lncRNA in human neurons."

GIS executive director Prof Huck Hui Ng said, "One cannot overemphasize the importance of neurogenesis, which is responsible for the normal functioning of one of the most important biological systems in the body. Larry Stanton and his team have made an exciting finding, one that could lead to new approaches in the treatment of neural diseases. This latest work has built upon their unique, interdisciplinary expertise, developed over the past 10 years at the GIS, in applying cutting-edge genomics technologies to the study of the human body."