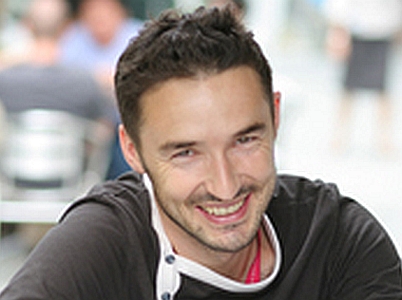 Singapore: Dr Bruno Reversade from A*STAR's Institute of Medical Biology (IMB) is the first scientist, based outside Europe, to have been awarded the prestigious European Molecular Biology Organization (EMBO) Young Investigatorship (YIP). EMBO YIP recognizes the most outstanding and promising young independent scientists, who lead their labs in Europe and EMBO cooperation partner countries.

Dr Reversade was awarded the YIP as the judging panel deemed him to be "a really original scientist" with outstanding research output. His research examines rare genetic conditions that provide insights into common diseases and traits that affect the general population. His current research on twinning, suggests that the birth of identical twins could be genetically triggered, was described as "highly innovative and original - probably unique" by the judging panel.

Dr Reversade has published seven papers in a short span of four years since he became an independent investigator under the A*STAR Investigatorship (A*I) scheme in 2008. Four of these papers were published in the prestigious journal Nature Genetics.

Dr Reversade, who is a senior principal investigator at IMB, said that, "I am genuinely honoured to receive the EMBO Young Investigatorship. I am most grateful to my team as this is certainly not one person's work and to Singapore for providing such a conducive research environment."

Professor Sir David Lane, A*STAR chief scientist and EMBO member said, "Bruno was the first A*STAR Investigator recipient we recruited for his promise and potential as part of A*STAR's efforts to support and promote early independence and career development of the best scientists of the next generation. His research is patient-driven with strong clinical relevance and we are delighted that his work has been recognized with this prestigious award, which is a true mark of scientific excellence."

Dr Lim Chuan Poh, A*STAR chairman, said that, "Bruno is a very promising young scientist. He epitomises the quality of scientists we want to develop in A*STAR to become the next generation of scientific leaders. Bruno's award is not only a testament to his personal talent and abilities, it also speaks of the excellent scientific work that is possible in the conducive research environment that has been created in A*STAR and Singapore."

Dr Reversade will receive an award of $19,099 (15,000 Euros) per year for the three years of his membership as well as extensive support from EMBO for networking interactions and other career development opportunities.