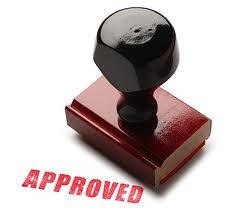 Singapore: Medical device developer, Biosensors International, received CE mark approval for its polymer-free drug-coated stent (DCS), BioFreedom. BioFreedom represents the latest development in Biosensors' stent technology, featuring a micro-structured abluminal surface that permits the controlled release of Biolimus A9 (BA9) without the use of a polymer. BA9 is a highly lipophilic anti-restenotic drug developed by Biosensors specifically for use with stents.

CE Mark approval for BioFreedom was supported by strong data from the BioFreedom first-in-man study. In this study, BioFreedom was compared to Boston Scientific's Taxus Liberte drug-eluting stent (DES). At 12 months, BioFreedom demonstrated equivalent efficacy, measured by in-stent late lumen loss, compared with Taxus Liberte, with a trend towards superiority.

To further evaluate BioFreedom in a larger patient population, Biosensors recently announced initiation of enrolment in Leaders Free, the world's first prospective, randomized double-blind trial between a DCS and bare-metal stent (BMS), exclusively involving patients at high risk of bleeding. The study has been designed to confirm that BioFreedom is as safe as a BMS in this patient group, and can deliver the anti-restenotic benefit of a DES, with only a one-month course of dual anti-platelet therapy administered to all patients.

This trial will provide additional data to support the launch of BioFreedom in select markets during 2013. The full commercial launch is currently anticipated during 2014.