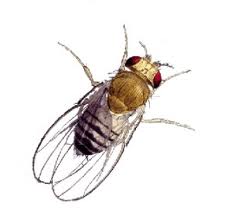 Singapore: Researchers at the Institute of Molecular and Cell Biology (IMCB), A*STAR, Singapore, have successfully devised a fast and cost-saving way to uncover genetic changes that have a higher potential to cause cancer by studying fruit flies. The study, which has been published in Genes & Development, could help advance the development of personalised medicine in cancer care and treatment.

Scientists will now be able to rapidly distinguish the range of genetic changes that drive mutations, which eventually lead to cancer, versus those with limited impact on cancer progression. The research paves the way to design more targeted treatment against the different cancer types, based on the specific cancer-linked mutations present in the patient.
Dr Stephen Cohen, principal investigator and team leader, IMCB, said that, "Many genetic changes arise in cancer cells and changes continue to accumulate during the progression of disease to metastatic cancer. The current challenge is to understand which of the many genetic changes are important drivers of disease progression."

Leveraging on their genetic similarities between fruit flies and humans, Dr HÃ©ctor Herranz, a post-doctorate from the Dr Cohen's team developed an innovative strategy to genetically screen the whole fly genome for 'cooperating' cancer genes. On their own, these are the genes that appear to be harmless and have little or no impact on cancer. However, they cooperate with other cancer genes, so that the combination causes aggressive cancer, which neither would cause alone.

In this study, the team was specifically looking for genes that could cooperate with EGFR 'driver' mutation, a genetic change commonly associated with breast and lung cancers in humans. SOCS5, reported in this paper, is one of the several new 'cooperating' cancer genes to be identified through this innovative approach. Most of these new-found genes have yet to be identified as cancer genes in human or mouse models. The IMCB team is preparing to explore the use of SOCS5 as a biomarker in diagnosis for cancer.

Mr Xin Hong, a PhD student and the co-first author of the paper, said that, "We were very surprised by our finding because this it the first time that the SOCS gene family is found to be linked to cancer. Previously it has only been associated with immunological disorders."

Professor Wanjin Hong, executive director, IMCB, said that, "This study sheds light on the complexities of cancer genetics and paves the way to accelerate development of personalized medicine in cancer care. It is a fine example of how powerful genetic approach using the fly model can reveal molecular mechanisms underlying human cancer. More importantly, it shows how fundamental research can have far-reaching applications for potential clinical benefits."