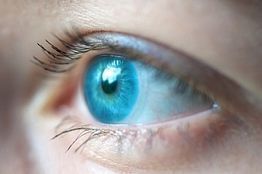 Singapore: Singapore Eye Research Institute (SERI) and Bayer HealthCare are urging on earlier diagnosis and treatment of age-related macular degeneration (AMD), the most common cause of irreversible blindness affecting over 30 million people worldwide.

Wet AMD is a late form of the disease, affecting approximately 1.3 percent of people over 50 globally. AMD is a complex multi-stage disease that involves the loss of central vision due to a gradual deterioration of the macula - the part of the eye that allows a person to see fine details and where sharp central vision occurs. AMD is a major cause of blindness in the elderly in Asian countries, and the number is growing significantly.

"AMD used to be perceived as a less common disease among Asians. However, growing evidence indicates that with aging populations, the prevalence of AMD in Asians is not greatly different from that in Caucasians. Yet, awareness of the disease remains dangerously low. It is crucial for patients to be diagnosed and treated as early as possible, and for them to stay on treatment in order to prevent further loss of sight," said Professor Wong Tien Yin, executive director, Singapore Eye Research Institute, and senior consultant ophthalmologist, Singapore National Eye Centre and National University Hospital.

"Age is the single greatest risk factor for AMD. As the Asian population ages and the average life expectancy increases, more than 20 percent of the population can expect to develop AMD. A study of the Singapore population revealed that the age standardized prevalence of AMD was 7 percent, in persons above 40 years. This was similar in across the three key ethnic groups: Chinese (7.3%), Malay (7.7%) and Indian (5.7%),2" Professor Wong added.

"VEGF inhibitor therapies revolutionized the treatment of wet AMD as they can effectively reduce, and in some cases, reverse visual loss in patients. However, despite this significant advancement, sustained visual acuity improvements can only be maintained with burdensome monthly dosing and monitoring. An unmet need still exists for effective treatments that also provide a decrease in injection frequency that as a result reduce the burden of the disease and the treatment regimen," said Professor Peter Kaiser, Cole Eye Institute, Department of Ophthalmology, Cleveland Clinic.

"A recent development on the treatment landscape is EYLEA (VEGF Trap-Eye, aflibercept solution for injection), Bayer's promising treatment for wet AMD. Positive data from two phase III studies proved that EYLEA was as effective as the current standard of care, with the added advantage of less frequent injections as well as monitoring," Professor Kaiser added.