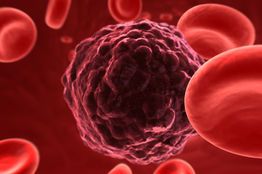 Scientists at the Genome Institute of Singapore (GIS) recently led in two studies that revealed important genetic insights into the development of non-Hodgkin lymphoma (NHL). NHLs are some of the most common blood cancers and include any kind of lymphoma except Hodgkin's lymphomas.

In order to identify heritable risk factors influencing susceptibility to NHL, Dr Liu Jianjun, deputy director, research programmes and senior group leader of human genetics at the GIS, led the first Asian genome-wide genetic variation analysis in Singaporean Chinese lymphoma samples. The team then validated the top findings from this analysis with three additional sets of samples from China (comprising two sets from Guangzhou and one from Beijing). In total, 1,428 NHL patients and 6,930 controls of Chinese origin were investigated in this study.

The team identified the DNA variation located in between two genes -B-cell lymphoma protein 6 (BCL6) and lipoma preferred partner (LPP) that confers a 50 percent increased risk of NHL in individuals that carry this DNA variant as compared to those that do not. This DNA variant is thought to promote the development of NHL by influencing the expression levels of the neighbouring genes.

In a second related study reported in American Journal of Human Genetics, GIS scientists made an in-depth investigation on the association of the human leukocyte antigen (HLA) region with follicular lymphoma (FL), a common sub-type of NHL. Previous genetic studies by the GIS scientists as well as others around the world had discovered that multiple genetic variants within the HLA region are independently associated with FL risk. Scientists have now been able to identify a single amino acid variation encoded by the immune gene HLA-DRB1 as the culprit for these associations.

Every individual inherits and carries any two out of six amino acids of this variation. The particular two amino acids that a person carries will determine if that person has a high, moderate or low risk of contracting FL. The team discovered that individuals carrying two high-risk amino acids had a 4.2 fold higher risk than those with two low-risk amino acids.

These two studies provide novel genetic insights into the development of NHL, and pave the way for further biological investigation that can help to develop more targeted and accurate therapeutic medication.

Dr Liu said, "The novel discovery that the inheritable genetic variation of BCL6-LPP can influence the risk of developing NHL is truly an exciting one. Previous studies have been largely carried out in western populations. The success of our study has demonstrated that the investigation of Asian populations can lead to novel findings. We are now planning further Asian studies to discover additional novel risk variants for NHL by investigating larger numbers of clinical samples"

GIS' executive director Professor Ng Huck Hui added, "Dr Liu and his team have successfully adopted genome-wide association studies to provide crucial biological insights to many diseases such as spine disease (ankylosing spondylitis) and kidney disease (Immunoglobulin A Nephropathy). These latest discoveries are testament to their great work and underscore the importance of collaboration with academic and clinical entities."