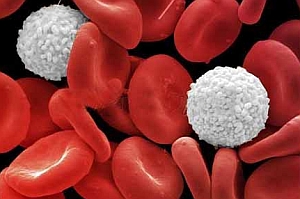 Singapore: Scientists at A*STAR's Singapore Immunology Network (SIgN) have discovered a new class of white blood cells in human lung and gut tissues that play a critical role as the first line of defence against harmful fungal and bacterial infections. This research will have significant impact on the design of vaccines and targeted immunotherapies for diseases caused by infectious microbes such as the hospital-acquired pneumonia.

All immune responses against infectious agents are activated and regulated by dendritic cells (DCs), a specialized group of white blood cells which present tiny fragments from micro-organisms, vaccines or tumours to the T cells. T cells are immune cells that circulate around our bodies to scan for cellular abnormalities and infections. Of the different T cells, T helper 17 (Th17) cells specialize in activating a protective response crucial for our body to eliminate harmful bacteria or fungi.

In this study, the scientists identified a new subset of DCs (named CD11b+ DCs), which are capable of activating such protective Th17 response. They also showed that mice lacking the CD11b+ DCs were unable to induce the protective Th17 response against the Aspergillus fumigatus, one of the most common fungal species in hospital-acquired infections.

The scientists also showed for the first time that key immune functions of this new class of white blood cells are similar to those found in mice. This means that findings in the mouse studies can be applied to develop advanced clinical therapies for the human immune system.

The team leader, Dr Florent Ginhoux, said that, "As dendritic cells have the unique ability to 'sense' the type of pathogen present in order to activate the appropriate immune response, they are attractive targets to explore for vaccine development. This discovery revealed fresh inroads to better exploit dendritic cells for improved vaccine design against life-threatening fungal infections."

Acting executive director of SIgN, associate professor Laurent RÃ©nia, said that, "Life-threatening fungal infections have increased over the years yet treatment options remain limited. This study demonstrates how fundamental research that deepens our understanding of the body's immune system can translate into potential clinical applications that could save lives and impact healthcare."