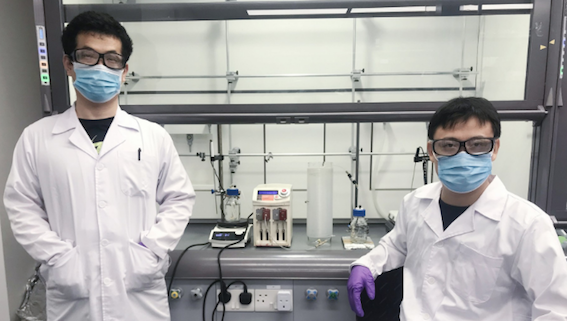 A team of researchers from the National University of Singapore (NUS) has developed a way to automate the production of small molecules suitable for pharmaceutical use.

The method can potentially be used for molecules that are typically produced via manual processes, thereby reducing the manpower required.

The novel technique, called solid phase synthesis-flow, or SPS-flow, enables the target molecule to be developed on a solid supporting material as the reaction reagent flows through a packed-bed reactor. The entire process is controlled by computer automation. Compared to existing automated techniques, the SPS-flow method enables wider reaction patterns and longer linear end-to-end automated synthesis of pharmaceutical compounds.

The researchers tested their technique on cancer-inhibiting molecule prexasertib due to its suitability in being attached to solid resin which was used as the support material. Their experiments showed a yield of 65 per cent after 32 hours of continuous automated execution. This is an improvement from the existing method of producing prexasertib that is estimated to take around a week, and requires an extensive six-step manual process and purification procedure to produce a yield of up to 50 per cent.

Future studies taken by the team will target the development of a fully automated and portable system for active pharmaceutical ingredient production at a larger scale suitable for manufacturing. The system will apply the newly developed technique in lead optimisation to speed up the process of drug discovery.