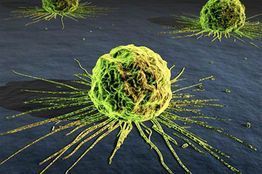 Singapore: Scientists at A*STAR's Genome Institute of Singapore (GIS) have discovered four processes by which gastric cancer is formed, by characterizing micro and macroscale mutations. One-of-these was found to have a targeted impact on genes and is potentially triggered by bacterial infection. The other processes were found to have impact throughout the genome, and included oxidative damage processes and the failure of DNA proof-reading mechanisms.

First author and GIS principal investigator Dr Niranjan Nagarajan said, "Cancers are constantly evolving, and therefore understanding how they do so is important for finding new treatments. Mutational processes in cancer had not previously been shown to have a targeted impact on the genome and on genes. With this study, we show evidence of this for the very first time. This is truly exciting since it moves us a critical step towards understanding and finding a cure for gastric cancer."

"Our study demonstrates that sequencing gastric tumours not only allows the identification of mutations in the human genome but also reveals micro-organisms and their pathogenic gene content," added Dr Axel Hillmer, GIS Principal Investigator.

GIS executive director, Prof Ng Huck Hui said, "This is a very exciting study that probed into the genomic signature of gastric cancers. Through the analysis of somatic mutations occurring in gastric cancers, this team has identified several interesting genes which have profound implications in cancers."