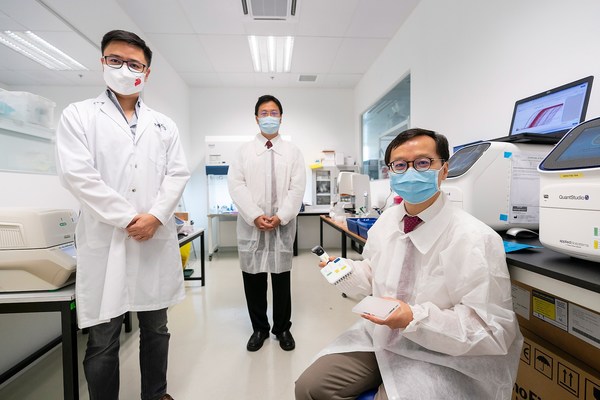 A team of clinicians and scientists from Singapore has developed a non-invasive blood-based diagnostic test for gastric cancer (also known as stomach cancer). The test can potentially be used as a cost effective screening test for the early detection of gastric cancer.

The performance of this test was confirmed with endoscopies and biopsies and was shown to detect gastric cancer with high sensitivity across age groups, genders, ethnicities and tumour stages. The test is able to detect 87% of all gastric cancers, including 87.5% of patients with stage I cancers.

Based on a cost-effectiveness analysis to explore the economic and health impact of using the test in a hypothetical national screening programme in Singapore, the team has found that it may be a cost-effective screening tool for gastric cancer in high-risk groups as it costs much less than endoscopy.

The research team is planning to evaluate the feasibility of utilising this test in the primary care setting to identify people who are at risk of contracting stomach cancer. Additionally, further research on improving the usability of test kit is also currently underway.

This non-invasive blood-based assay was co-developed with MiRXES Pte Ltd and the DxD Hub, which led the assay optimisation, analytical verification and clinical validation of the product. The assay has been commercialised as GASTROClear™ and has successfully attained European CE mark in 2017 and gained the Health Sciences Authority's approval in 2019. MiRXES is also conducting local clinical studies to seek regulatory approval of GASTROClear™ in China and Japan, which have the highest numbers of new stomach cancer cases per year globally. The test takes about three hours to run in a clinical lab and the test report can be delivered to the patient's doctor within a week.

Image caption- Members of the team involved in the development of a non-invasive blood-based test for gastric cancer (from right): Professor Jimmy So, Head and Senior Consultant with the NUH Division of General Surgery (Upper Gastrointestinal Surgery), Dr Calvin Koh, Consultant with the NUH Division of Gastroenterology and Hepatology and Dr Zhou Lihan, Co-founder & CEO of MiRXES.