Plan to use the method to assess drugs and induced therapeutic response in living animals. 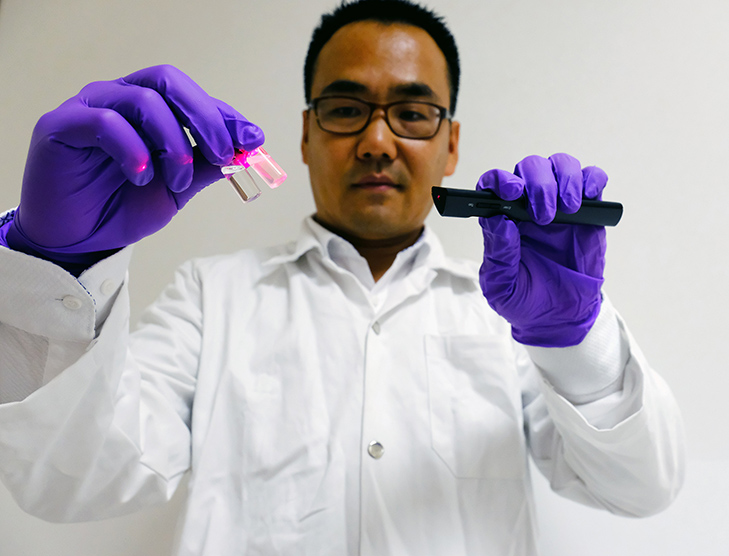 Scientists from Nanyang Technological University, Singapore (NTU Singapore) have synthesised a molecular probe that has the potential to track the development of liver disease and provide a fast way to see how well drugs are working in treating diseases.

When there is inflammation, infection or cancer, or when a new drug is introduced in the body, RNS and ROS are among the first indicators to rise in their levels.

The respective levels of RNS and ROS change through the course of a disease, and are markedly different when the body is healthy, meaning that together they could be used to pinpoint disease stages.

However, while current imaging technologies can track RNS and ROS, they cannot differentiate between the two.

Now for the first time, the NTU-developed probe has made it possible to see the locations and levels of the two species, providing a potential new approach for visualising how a disease is developing or the body is reacting to a drug.

Professor Xing Bengang from NTU School of Physical and Mathematical Sciences who led the team said, “RNS and ROS are like the ‘twin rascals’ in our body, similar in their chemical properties and hard to differentiate when detected simultaneously. Being able to get information on their levels would give us clues about how certain diseases develop and how the body is responding to certain drugs. This could become a big advantage over imaging methods such as MRI and CT scans, which do not differentiate between the two reactive compounds RNS and ROS.”
To get around this problem, Prof Xing’s research team developed fluorescence light-responsive nanocrystals which, paired with a modern photo-ultrasound imaging technique that uses near-infrared light, can let researchers detect and distinguish between RNS and ROS present in body tissues.