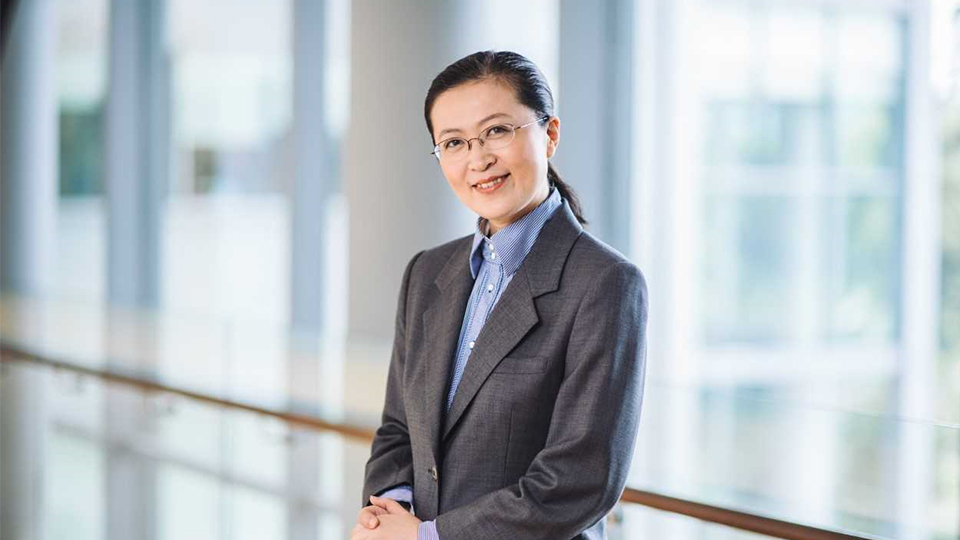 Professor Liu Bin, Head of NUS Chemical and Biomolecular Engineering, has been awarded the 2019 American Chemical Society (ACS) Nano Lectureship Award for Asia/Pacific. A leader in the field of organic functional materials, Prof Liu was selected for this prestigious award from a highly competitive field of nominees. Her innovative research focuses on the design and synthesis of organic nanomaterials and explores their applications in optoelectronic devices and biomedical research, including advances in solar cells, bioimaging, and cancer therapy. She will be presenting an award lecture at this year’s ChinaNano meeting, which will be held in Beijing, China, from 17 to 19 August.

The ACS Nano Lectureship Awards honour the contributions of scientists whose work has significantly impacted the fields of nanoscience and nanotechnology. Three award recipients from around the world are honoured each year, with one awardee each from the Americas, Europe/Middle East/Africa, and Asia/Pacific.

Prof Liu said, “I am deeply honoured to receive the ACS Nano Lectureship Award for Asia/Pacific. This is not only a recognition of my own research but also reflects the excellence of the multidisciplinary materials research community at NUS. I am also grateful to the University and Singapore for their generous support of my research, and will strive to deliver even greater impact.”

Prof Liu has an impressive list of accolades to her name, including the L'Oréal Women in Science National Fellowship in 2011 and the 2016 President’s Technology Award. In 2014 she co-founded Luminicell, an NUS spin-off company that produces aggregation-induced emission dots, which are organic luminescent nanoparticles for use in medical and biological applications.

Prof Liu is a Fellow of the Singapore Academy of Engineering, Asia Pacific Academy of Materials, and Royal Society of Chemistry. She serves on the editorial advisory boards of more than ten peer-reviewed chemistry and materials journals and has been named one of the world’s most highly cited researchers in materials science by Thomson Reuters and Clarivate Analytics since 2014.