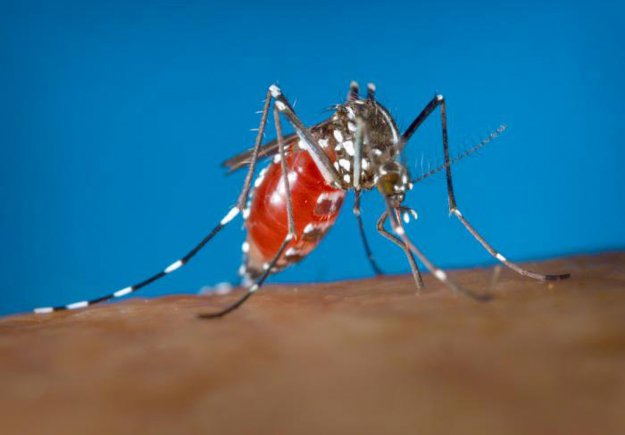 Singapore – Researchers from A*STAR’s Singapore Immunology Network (SIgN) have discovered that the Plasmodium parasite responsible for Malaria triggers certain immune pathways that reduce the severity of symptoms caused by the Chikungunya virus. This could lead to novel treatments for the painful symptoms of Chikungunya and similar viruses transmitted by vectors such as mosquitoes.

The research team was led by Professor Lisa Ng and Professor Laurent Rénia from A*STAR’s SIgN, and their discovery was published in Nature Communications on 25 September 2018. Chikungunya is known to cause fever and severe joint pain, and the pain may last for weeks or even months. Currently there is no specific drug treatment against Chikungunya fever.

In a previous research paper titled “Co-infection with Chikungunya virus alters trafficking of pathogenic CD8+ T cells into the brain and prevents Plasmodium-induced neuropathology”, a team led by Professor Laurent Rénia and Professor Lisa Ng found that the Chikungunya virus triggers certain immune pathways that protects against deadly symptoms of Malaria, including brain damage. Using this information in the present study, researchers were able to identify the specific inflammatory pathways that afford protection from the symptoms of Chikungunya virus, such as joint swelling.

“This is particularly exciting because it opens up potential new avenues for us to treat and control the manifestations of these diseases,” said Professor Lisa Ng, Senior Principal Investigator at A*STAR’s SIgN. “In addition to this, we also discovered that certain FDA approved drugs could possibly be repurposed to trigger these pathways, allowing us greater flexibility when treating the symptoms of mosquito-borne diseases,” she added.

Mosquito-borne diseases are especially prevalent in tropical climates. It is therefore essential that researchers remain vigilant and stay on top of the developments not just in the region, but all over the world. To do so, collaboration and information sharing is of paramount importance.

For reasons such as these, Singapore was recently inducted as the newest centre of excellence of the Global Virus Network, a cluster of 42 global centres with the foremost experts in many areas of virus-causing disease in humans. The aim of GVN is to strengthen medical research and response to current viral causes of human disease.

A*STAR, represented by Professor Lisa Ng, along with several other organisations form the GVN-Singapore Center of Excellence.